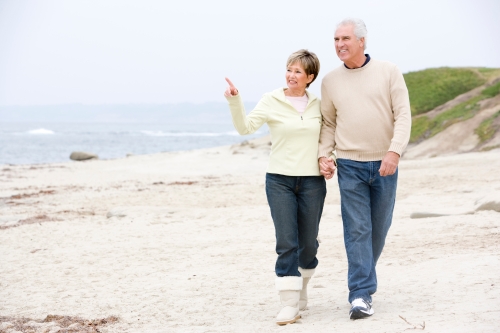 In his book, His Needs Her Needs, Dr.Willard Harley tells about a woman, Jane, who found her prince charming, Richard.

At 6’3″ and 195 pounds, Jane described Richard as “ruggedly handsome.” She was intrigued by his “strong, silent-type” demeanor. While dating, Jane’s “passion level went right off the scale.”

However, a few months into their marriage the passion began to wane. Richard didn’t know how to express affection outside the bedroom. His mother died when he was 10 and was raised by his father and two older brothers.

Dr. Harley concluded that “he literally didn’t know how to give affection, because he had received so little himself. For Richard affection in marriage with synonymous with sex, something that left Jane feeling disillusioned and used.”

Within a year of their marriage, Jane was transferred to a new department at work and met “a warm and affable fellow,” Bob, who was friendly with everyone. No one took offense to Bob’s habit of draping his arm over their shoulder when they talked, male and female alike. In fact, he’d occasionally hug a co-worker, Jane included.

Soon, Jane found herself looking forward to her interactions with Bob and his occasional hugs. Harley describes in some detail in the book how over a period of time these innocent interactions between Bob and Jane became more frequent. Less innocent. More personal. And more intimate, although non-sexual.

Ultimately, however, Jane found herself involved in an illicit sexual relationship with Bob.

“What had happened? Dr. Harley asked. “Did Jane’s wedding vows mean nothing to her? Was she just waiting for her chance to two-time her husband? Hardly. Jane simply felt so starved for affection that she was literally hugged into having an affair.”

While Jane’s emotional deprivation of affection did not justify her sin, it did explain it. Furnish some context. And offer a basis on which to rectify the wrong, and supply what was missing in her relationship with Richard.

Dr. Harley, a Licensed Clinical Psychologist in Minnesota since 1975, discovered in his counseling practice and through two targeted years of intense research 10 emotional needs that couples have in a relationship in order to affair-proof their marriage.

On his web page, Dr. Harley reveals that “of the 10 emotional needs, the five listed as most important by men were usually the five least important for women, and vice-versa.”

For about 80% of women, affection is listed as their #1 most important need. (By the way, men, that doesn’t mean sex.)

Yesterday, we wrote about brotherly affection within the Family of God. Everyone craves affection. But within the marriage relationship, affection is obviously more individually directed. And communicated in more specific, personal, and intimate expressions of devotion, tenderness, and love.

For husbands who don’t believe they are the affectionate type, Dr. Harley says that “any man can learn to be affectionate.” The Bible commands husbands to live with their wives “in an understanding way.” To treat her with “respect” and “honor,” as our marriage “partner”, and “as an heir together of the grace of life.” (1 Pet. 3:7). This involves understanding her needs and learning how to meet them.

In Paul’s famous treatise in Ephesians 5 regarding the relationship of Christ and the church as illustrated by the husband-wife relationship, he uses two words to describe how a man ought to treat his wife–“nourish” and “cherish.” Both speak to the need for affection.

In Colly Caldwell’s commentary, he explains that “to nourish” means to plentifully supply a wife’s needs. He says that it involves consideration, emotional, as well as spiritual support.

“Cherish” means to “foster with tender care.” It involves a warm feeling. Delicate treatment. And affectionate expressions of care, concern, and love.

What actions can a husband take to express affection for his wife?

Harley says affection sends two important messages: (1) You’re important to me. And I will care for and protect you. (2) I’m concerned about the problems you face and will be there for you when you need me.

Both clinical research, and the Bible remind us that affection is “the essential cement of a relationship.” You ignore it to your own peril and to the destruction of your relationship.

Note:  There are a number of links in today’s post to offer you additional resources on this topic.

4 responses to “Her #1 Emotional Need”