A Passage To Ponder: Luke 15

Last night at the Florida College Lectures, Phillip Shumake, presented a lesson from Luke 15, on probably the most famous of Jesus’ parables. Like Phillip and the Dutch artist Rembrandt, whose masterpiece depicted the return of the Prodigal, we also share fascination with this parable.

These parables were precipitated, as Phillip pointed out, by the Pharisees who criticized Jesus and murmured, “This man receives sinners and eats with them.” The insinuation and implication is that Jesus associates with sinners because he is one of them. In other words, “birds of a feather flock together.”

In response to their accusations, Jesus told three parables. The lost sheep. The lost coin. And the lost son. Indeed these parable are like “a three act play” that present a unifying theme. All three were lost. And all three were diligently sought. And when they were found rejoicing ensued. END_OF_DOCUMENT_TOKEN_TO_BE_REPLACED

Tagged as A Passage to Ponder, Parables of Jesus

Are We Really Hearing?

Last night we attended the opening session of the Florida College Lectures. The general theme this year is “Never Has a Man Spoken the Way This Man Speaks.” Specifically, it’s dealing with Jesus’ parables.

Edwin Crozier presented the keynote address entitled “How Will You Understand All the Parables? Subtitled “The Parable of the Sower.”
It was masterfully presented in a way that was thought-provoking, challenging, and stimulating. END_OF_DOCUMENT_TOKEN_TO_BE_REPLACED

Last night at the West Citrus Church, where we’re now members, Tom Quinn taught a wonderful lesson about Jesus’ parable of “The Wheat and the Weeds.” It was interesting. Insightful. Thought-provoking. And supplied fodder for today’s post.

If you’re not familiar with the parable it’s found in Matthew 13:24-30, as one of several parables that begin, “The Kingdom of Heaven is like…” Later the disciples asked Jesus for its explanation. So, it’s one of the few that we actually have Jesus’ own interpretation (Matt. 13:36-43). END_OF_DOCUMENT_TOKEN_TO_BE_REPLACED

Filed under Parables of Jesus

Tagged as Jesus' parables, Parable of the Wheat and the Weeds

A Texas preacher, David Dykes, claims this is a true story, with the names changed to protect the innocent.

Little Tommy attended first grade Sunday School faithfully. He loved his teacher, Mrs. Smith.   She told great Bible stories and would always end the story by saying, “And, boys and girls, the MORAL of the story is …” Little Tommy enjoyed learning about the morals of each Bible story. END_OF_DOCUMENT_TOKEN_TO_BE_REPLACED

Filed under Parables of Jesus, Passage To Ponder

When Abraham Lincoln was facing the crisis of a divided nation during the civil war, he was faced with many tough decisions. Often he was second guessed. Criticized. And even mocked.

It’s no wonder he admitted, “I have been driven many times to my knees by the overwhelming conviction that I had nowhere else to go. My own wisdom, and that of all about me seemed insufficient for the day.”

During this current crisis, we may wonder where to go. Literally there’s no place to go. Everyone is told to stay home. At times, the advice of the experts seems contradictory and confusing. We ponder what the future holds. Will life ever be the same again? END_OF_DOCUMENT_TOKEN_TO_BE_REPLACED

Filed under Parables of Jesus, Passage To Ponder

Tagged as A Passage to Ponder, Abraham Lincoln, The Parables of Jesus. Prayer

What Sinners Can Teach Saints

Today’s Bible reading contains a parable of Jesus that is puzzling, perplexing and paradoxical.

It’s a story that presents a cast of characters that were all rascals. Yet Jesus uses it to teach a lesson to the righteous.

Filed under Parables of Jesus, Stewardship

Tagged as #ShrewdSteward, Parable of the Unjust Steward, stewardship

When Our Goodness Becomes Badness

END_OF_DOCUMENT_TOKEN_TO_BE_REPLACED

Filed under Parables of Jesus, Righteousness

Tagged as Parable of Pharisee and Publican, Self-righteouness

“When He Came To Himself” 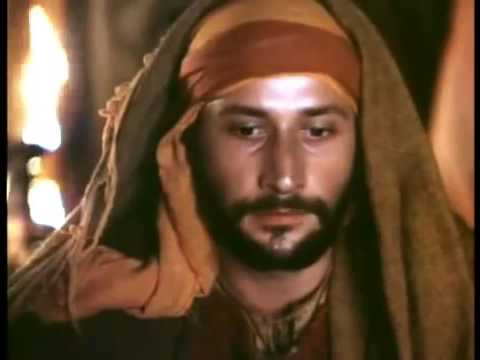 We have all seen the above quote reflected in the lives of many people. Some famous. Others ordinary folks. Some wealthy. Others with average means. But none more dramatic in terms of his lifestyle change than the “Prodigal Son” in Jesus’ famous parable recorded in Luke 15. END_OF_DOCUMENT_TOKEN_TO_BE_REPLACED

Tagged as repentance, The Prodigal Son

5 Men in the Parable of the Good Samaritan

This morning I was reading Jesus’ parable of The Good Samaritan in Luke 10.

This parable has been analyzed, allegorized, and sermonized, but not often enough actualized in our lives.

Good Samaritan has become synonymous with a charitable person who helps others, especially strangers. However, this feel-good story involves some elements that are not so nice. END_OF_DOCUMENT_TOKEN_TO_BE_REPLACED

Tagged as Compassion, The Good Samaritan

Word of the Week: Builder 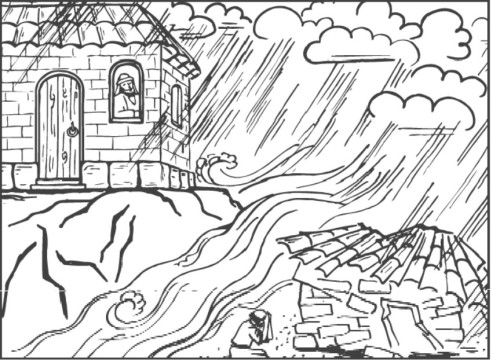 Yesterday, Norma Jean and I visited the Wesley Chapel Church and heard my former summer intern Justin Lewis deliver a wonderful sermon on “The Two Builders.”

Typically when I think of a builder, I contrast it with a wrecker. Some people build up. Others tear down. Some edify. Others ruin. Some encourage. Others discourage.

However, Justin made the observation that “we’re all builders. Everyone is building something.” END_OF_DOCUMENT_TOKEN_TO_BE_REPLACED

Filed under Parables of Jesus, Word of the Week

Tagged as Parable of the Two Builders, Word of the Week