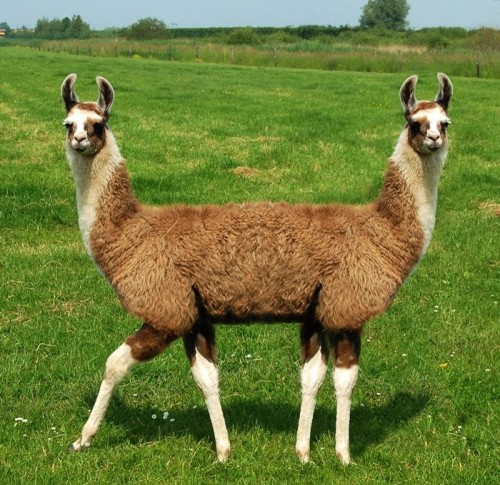 Dr. Doolittle, the classic children’s book, tells the story about the British veterinarian who had an array of exotic animals. And how he learned to speak to them in their own animal language.

Included in his menagerie was a Pushmi-pullyu ((pronounced “push-me—pull-you”) with two heads, one on each end of its body. It was a cross between a gazelle and a unicorn, although in the movie it’s pictured as a llama. The two heads had a mind of their own. And sometimes they opposed each other, which resulted in a tug of war. END_OF_DOCUMENT_TOKEN_TO_BE_REPLACED

4 Ways to Deal with Doubt 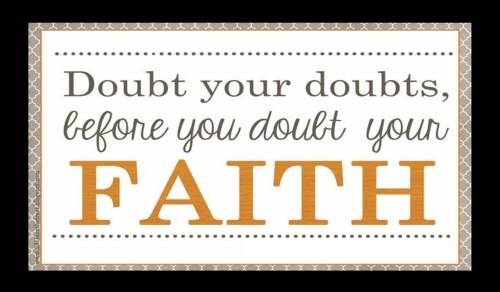 1) Are you saying that one can’t doubt their faith?

2) Are you saying that if we doubt that God won’t love someone who does?

3) Are you saying that if we doubt we are not people of faith? END_OF_DOCUMENT_TOKEN_TO_BE_REPLACED

How To Overcome Doubt

G. Campbell Morgan was a British preacher, scholar and author of the latter 19th and early 20th century. He had already dedicated his life to ministry by age 19. However, he developed some doubts about the Bible.

Morgan relates the writings of various scientists and agnostics disturbed him (e.g., Charles Darwin, John Tyndall, Thomas Huxley, and Herbert Spencer). As he read their books and listened to debates, Morgan became more and more perplexed.

What did he do?  END_OF_DOCUMENT_TOKEN_TO_BE_REPLACED

The Danger of Doubt

My Franklin Planner has a quote or motivational saying for each day of the week.  On this day is a quote by Arthur Golden who said, “A mind troubled by doubt cannot focus on the course to victory.”

We understand the need for faith and confidence when it involves athletic contests.  For a team to win, it must believe that it can.  For the team to be victorious each player must focus with confidence in their ability to succeed.  END_OF_DOCUMENT_TOKEN_TO_BE_REPLACED