Does God Have A Sense of Humor?

Several years ago Dr. Richard Wiseman of the University of Hertforshire in England did a serious study to determine the world’s funniest joke.  Over 40,000 jokes were submitted.  Rated.  And judged.

The experiment demonstrated that people in different parts of the world have varying tastes in humor.  Americans like jokes with a character who’s made to look stupid.  New Zealanders, Australians and Brits prefer jokes involving word play.  Germans had no preference in jokes.

But, here’s  the joke that won first place regardless of gender, geography or age. END_OF_DOCUMENT_TOKEN_TO_BE_REPLACED

Great Verses of the Bible: Proverbs 17:22

Norman Cousins, who was the editor-in chief of the Saturday Review  for over 35 years, was told in 1964 that he only had a few months to live. He had a rare disease of the connective tissues called Ankylosing Spondylitis. He was told to “get his affairs in order” since he had only 1 chance in 500 to live.

However, Cousins would not accept the diagnosis. He then did something unheard of and unprecedented. He fired his doctor. Left the hospital. Checked into a hotel. And began to research a solution to his problem. END_OF_DOCUMENT_TOKEN_TO_BE_REPLACED

Tagged as Great Verses of the Bible, Humor

You remember Murphy? And his laws?

The “original” corollary, at least according to one web site reads: “If there are two or more ways to do something, and one of those ways can result in a catastrophe, then someone will do it.”

More popularly Murphy’s law has been condensed simply to “whatever can go wrong, will go wrong.”    Murphy also said, “Left to themselves things always go from bad to worse.” END_OF_DOCUMENT_TOKEN_TO_BE_REPLACED 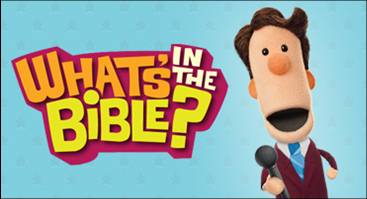 With all the bad things going on in the world around, it’s time for a little humor to begin our Saturday. The following are reputed to be answers that students of various ages gave on quizzes from their Bible classes. END_OF_DOCUMENT_TOKEN_TO_BE_REPLACED

Preaching is serious business. It speaks to issues of right and wrong. Good and bad. Salvation and damnation. Heaven and Hell.

Yet, I believe there is a place for employing humor in teaching God’s Word.

Elton Trueblood, the noted and often quoted 20th century theologian and author of 33 books on very serious subjects once wrote a book entitled “The Humor of Christ. It is said that Trueblood was inspired to write on the topic after reading Jesus words about specks and logs in people’s eyes that made his four-year old laugh. (Matt 7:3-5) END_OF_DOCUMENT_TOKEN_TO_BE_REPLACED 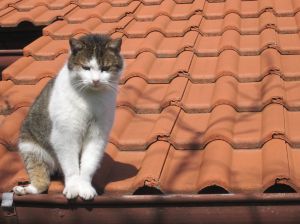 Here’s your bonus blog for Saturday with a little humor.

Have you heard about the two brothers, Bob and Richard?  Neither had married.  Richard lived with their 88-year-old mother. Bob’s whole life was Annabelle his cat.  He never went anywhere without her. END_OF_DOCUMENT_TOKEN_TO_BE_REPLACED 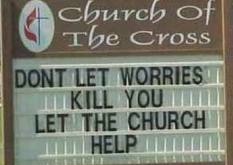 In addition to this daily I blog, I still write a bulletin for the Hickman Mills church where I preach in Kansas City.  Occasionally mistakes and misspelled words will creep in.  Ok, maybe more than occasionally!  But some of the funniest things are sometimes accidentally written in church bulletins.  These have been around for years, but are still some of my favorites. END_OF_DOCUMENT_TOKEN_TO_BE_REPLACED