Where to Turn in Times of Trouble?

Paul Faulkner once told a story about a man who was trying to share his faith in Jesus with a woman who was going through a tough time.

The woman told him that her life was falling apart. Nothing was working. Her daughter had been killed in an accident. Her husband was unfaithful to her. Now, she was about to lose her job.

“When the world crashes in on you…to whom do you turn?” asked the man. END_OF_DOCUMENT_TOKEN_TO_BE_REPLACED

Currently our country, and even the world, is concerned about the spread of the Coronavirus.

The concern over this disease has put some folks in quarantine. Caused travel plans to be canceled. And literally left some folks stranded at sea. END_OF_DOCUMENT_TOKEN_TO_BE_REPLACED

Glorifying God in the Good or Bad

Nick Foles, the Jacksonville Jaguar quarterback, returned to the starting lineup two weeks ago, after being sidelined since he injured his shoulder in the opening week of the season.

It’s been a tough season for Foles who won a Super Bowl with the Philadelphia Eagles and signed a four-year contract with the Jags in May.

When asked about dealing with the injury Foles said that it has made him a better person. Taught him to have joy even during a difficult situation. And helped him grow in his faith. END_OF_DOCUMENT_TOKEN_TO_BE_REPLACED

In 1947 NYC bus driver William Cimillo became a “national hero” when he got in his bus one morning and kept on driving…all the way to Florida.

The 38-year-old Bronx native had been driving for almost 20 years and told a reporter later that “ I really got tired of it all, up and down every day, the same people, the same stops, nickels, dimes, transfers… Well I thought I’d try something different, a new route.” END_OF_DOCUMENT_TOKEN_TO_BE_REPLACED

Last year after suffering a shocking and humiliating defeat in the first game of the NCAA basketball tournament, last night the University of Virginia Cavaliers won their first NCAA basketball championship.

“It was a painful gift,” said Cavaliers’ coach Tony Bennett as he reflected on being the first #1 seeded team to lose to a #16 seeded team in the 2018 tournament.

Last year the Cavaliers were the favorites to win the title. But the unthinkable happened. The University of Maryland Baltimore County (UMBC) blew out the UVA by 20 points.

How do you recover and return from such an epic fall? END_OF_DOCUMENT_TOKEN_TO_BE_REPLACED

How Do You Find Strength to Endure The Storms of Life? 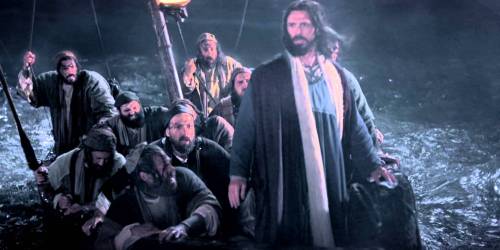 Norma Jean and I are attending the Southside Lectures in Pasadena, Texas, near Houston, and being encouraged and uplifted by the theme “Come to Jesus.

Wilson’s lesson spoke to the common lot of humankind. Job expressed it this way: “Man who is born of woman is of few days and full of trouble” (Job 14:1). Everyone experiences trouble. Trial. Temptation. And adversity. That’s life. The key is not to look at it as something that happens to you. But to see it as an occasion to learn, grow and become stronger. END_OF_DOCUMENT_TOKEN_TO_BE_REPLACED

4 Lessons Learned from the Titanic

“God himself could not sink this ship,” replied a deck hand as Sylvia Caldwell marveled at the majesty of the great Titanic and wondered aloud if it really was unsinkable as advertised.

It was on this day 104 years ago, April 15, 1912, that the “Unsinkable Ship” sank in the icy waters of the North Atlantic after hitting an iceberg late on the 14th.  1517 people died in that disaster. END_OF_DOCUMENT_TOKEN_TO_BE_REPLACED 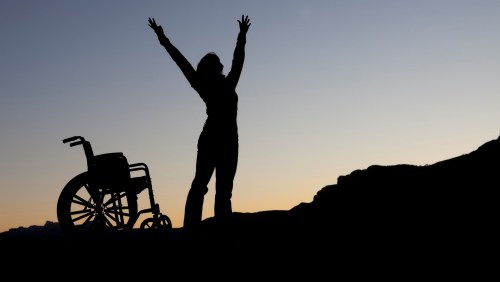 Some of the world’s greatest men and women have been saddled with disabilities and adversities but have managed to overcome them. I’m not sure of the origin of this piece, but it expresses this thought well.

Subject him to bitter religious prejudice, and you have a Benjamin Disraeli. Strike him down with infantile paralysis, and he becomes a Franklin D. Roosevelt. Burn him so severely in a schoolhouse fire that the doctors say he will never walk again, and you have a Glenn Cunningham, who set a world’s record in 1934 for running a mile in 4 minutes, 6.7 seconds. END_OF_DOCUMENT_TOKEN_TO_BE_REPLACED

A Refuge in Times of Trouble

The Old Testament Patriarch, Job, observed over 3,000 years ago, “Man that is born of woman is of few days and full of trouble.”

I have been reminded of that this week.  Again.

Rescue teams have been searching the Barren River in Bowling Green, Kentucky, looking for Adam Smelser, missing since Sunday afternoon.  Evidently he went for a run.  Then a swim. And hasn’t been seen since.  I feel the grief and heart-break of his parents, family and friends. END_OF_DOCUMENT_TOKEN_TO_BE_REPLACED

How To Turn Tragedy into Triumph

I’ve watched a lot of college basketball games. But none like the one Sunday evening between the University of Louisville and Duke.

It was the most shocking moment I’ve ever seen on a basketball court.  It literally sucked the energy out of the arena as 35, 657 fans who were wildly cheering one moment sat in stunned silence the next.  END_OF_DOCUMENT_TOKEN_TO_BE_REPLACED