Today has been dubbed as “the most light-hearted day of the year.” It’s April 1st. Better known as “April Fool’s Day.”

While the origins of this day are uncertain, history records that people have been using this day to play pranks on people as far back as the Middle Ages. By 1700 it seems to have been popularized in England.

According to this day in history, there have been some hilarious “April Fool’s” pranks that duped gullible people. END_OF_DOCUMENT_TOKEN_TO_BE_REPLACED

GREAT VERSES OF THE BIBLE: Psalm 14:1 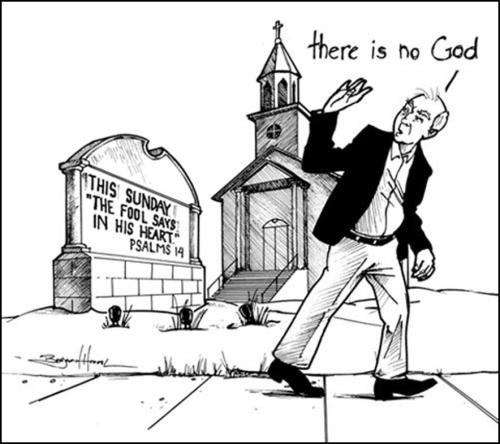 D. L. Moody was a 19th century evangelist, educator and publisher. The Moody Bible Institute in Chicago is one achievement of his ministry.

Moody preached all over the United States as well as England and Ireland where he held evangelistic campaigns that attracted large audiences. In fact, his last sermon was in Kansas City, Missouri, November 16, 1899.

As a result of his bold style and passionate preaching his meetings were often attended by hecklers who violently disagreed with his teaching.

In the final service of one meeting, an usher handed Moody a note as he approached the lectern. It was from an atheist who had constantly criticized Moody. The evangelist, however, supposed it was an announcement, so he quieted the large audience and prepared to read it. As he opened the folded paper he found scrawled in large print only one word: “FOOL!” END_OF_DOCUMENT_TOKEN_TO_BE_REPLACED

Tagged as Fool, Great Verses of the Bible, Psalm 14:1