Word of the Week: Integrity 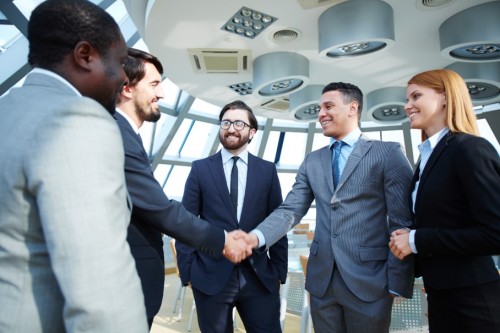 Mr. Pence spoke of qualities that have served him well as he’s navigated the world of business and politics. From his humble beginnings growing up in a small Indiana town, to a seat in Congress, to the Governors’ mansion in Indiana, to the Vice Presidency, Mr. Pence emphasized the importance of faith, family and service.

Underlying the qualities of hard work, persistence, and humility, Mr. Pence spoke of the value of integrity. Of being true to yourself. Of being honest and honorable. Of keeping your word. Of honoring your oath.

Dictionary.com defines integrity as (1) “adherence to moral and ethical principles; soundness of moral character; honesty.” (2) the state of being whole, entire, or undiminished:

When one possesses integrity his actions and attitudes adhere to his words. The ancient Roman playwright Plautus stated it succinctly when he said, “Let deeds match words.” The Greek philosopher, Socrates expressed the importance of integrity when he admitted “I would rather that the whole world should be at odds with me, and oppose me, than that I should be at odds with myself and contradict myself.”

Today, we sorely need a revival and renewal of personal integrity. In every area of life we witness a failure of integrity. In business. Sports. Politics. And even in religious circles. We can all recall some scandal that revealed a fatal flaw in a leader’s character.

Several years ago, while Vice President, Pence was ridiculed by critics for a promise he made his wife Karen, and a policy he has about not spending time alone with other women. Mr. Pence said, “that he never eats alone with a woman other than his wife and that he won’t attend events featuring alcohol without her by his side, either.” That attitude fortifies and nurtures integrity.

The advice of the wise man will provide an integrity guardrail that will keep us on the right path.

“Let your eyes look straight ahead; fix your gaze directly before you. Give careful thought to the paths for your feet and be steadfast in all your ways. Do not turn to the right or the left; keep your foot from evil” (Prov. 4:25-27).

In John’s Maxwell’s classic book, “Developing the Leader Within You,” he devotes an entire chapter to integrity, saying it is “the most important ingredient of leadership.” Maxwell writes that too often leaders resort to gimmicks, slogans, and mottos to enhance their image, grow their company and influence their followers.

Maxwell reminds us that “what people need is not a motto to say, but a model to follow.” And that “image is what people think we are. Integrity is what we really are.”

As Mr. Pence spoke of the importance for those in public service to be true to their oath of office, I was reminded of what The Preacher said about keeping one’s word.

“When you vow a vow to God, do not delay paying it, for he has no pleasure in fools. Pay what you vow. It is better that you should not vow than that you should vow and not pay” (Eccl. 4:4-5).

Whether it’s the oath of public office, our marriage vows, or our profession that Jesus is the Lord of our life, integrity demands that we faithfully fulfill the duties and obligations to which we have pledged our word.

God not only calls servant leaders to be people of integrity, but every follower of His should develop the self-discipline, virtue, and value of integrity.

“The righteous man walks in his integrity; His children are blessed after him” (Prov. 20:7).

2 responses to “Word of the Week: Integrity”