THE MESSAGE OF THE CROSS 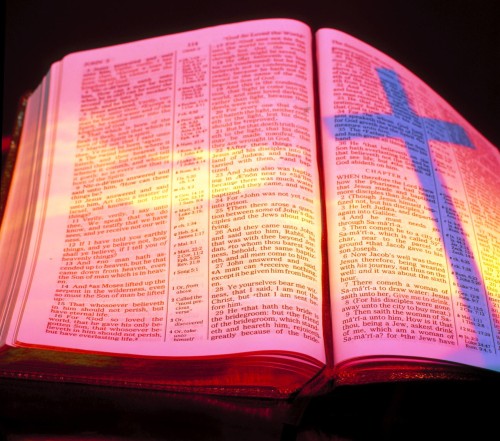 Michael Bird, a minister in Australia, tells about a well-known American preacher who gave some advice to an Australian congregation.

He said, “Don’t tell people about the cross, it doesn’t work. That’s why the Franklin Graham crusades are no longer effective. Just tell them that God loves them and has a plan for them.”

The crux of his advice was that “The message of a crucified Jew is ridiculous to the modern mind… So move on to something better. A crucified Messiah is stupid, but promise them prosperity, give them emotional experiences, provide them with self-esteem – then you’ll fill the pews.”

This modernistic preacher’s thinking reminds me of Paul’s words to the Corinthian brethren “For the message of the cross is foolishness to those who are perishing, but to us who are being saved it is the power of God” (1 Cor 1:18).

To the Greeks of his day, the message of the cross lacked erudition. It didn’t meet the sophisticated standard of philosophical wisdom. They scoffed, scorned, and shunned it.

The Jews rejected Jesus as the Messiah. He was not their idea of a King. They were looking for someone else. Something else. But not the lowly uneducated Galilean from the despised village of Nazareth who was crucified like a common criminal.

Today people consider the message of the cross foolishness because they don’t believe in God. They reject the Deity of Jesus. They deny the veracity of Scripture. And they repudiate the Christian religion.

But what is the message of the cross? What was Paul’s point? What does it mean to us today?

It’s not a very pretty picture. Crucifixion was a disgraceful, detestable and despicable, way to die. It was a death reserved for common criminals: Murderers, Rapists, and robbers and insurrectionists.

Too often we see the cross from a more sanitized view. From jewelry to paintings and pictures in people’s homes. To images on pulpits, communion tables, and church buildings. But don’t forget the cross was a vile, vicious and barbaric death. In fact, the scourging itself that Jesus endured often killed weaker men.

A criminal, rarely, if ever, surrenders himself so he can be executed. They run from the consequences of their lawlessness. They are hunted. Caught. And captured. And their
punished is appropriate and deserved

Jesus was innocent. He was a willing sacrifice. Jesus said, “No one takes it from Me, but I lay it down of myself” (Jn. 10;18). His death was voluntary and vicarious.

The Gospel is God’s power unto salvation (Rom. 1:16). Gospel means “Good News.” The Good News is that God loves you. Cares about you. And wants you to be saved. Since man is a sinner and cannot save himself, God sent his Son to shed his sinless blood on the cross for our salvation.

And the center of the gospel message is the cross. That’s why Paul said, “we preach Christ crucified.” It’s the message of God’s love, mercy and grace.

It is through the blood of the cross, that my sins are washed away when I believe on Jesus, repent of my sins, confess my allegiance to Him and am baptized into Christ (Mk. 16:15-16; Rom. 10:9-10; Ax 2:38). The cross makes baptism more than just a mere ritual. It is meaningful. Significant. And essential. Paul put it this way.

“Do you not know that all of us who have been baptized into Christ Jesus were baptized into his death? We were buried therefore with him by baptism into death, in order that, just as Christ was raised from the dead by the glory of the Father, we too might walk in newness of life.” (Romans 6:3-5).

Through the cross, I am no longer estranged from God. An alien. Or an enemy. Through obedience to the gospel, the cross brings me back into a right relationship with God. Produces peace that surpasses understanding. And provides an ongoing fellowship with the Father, Son and Holy Spirit. (Eph 2;16-18)

The cross breaks down barriers between Jews and Gentiles. Male and female. Rich and poor. There is no discrimination in Christ. No matter how sinful your past life, you can be cleansed. Justified. And sanctified through the blood of the cross (Gal. 3:26-27; 1 Cor. 6:9-11).

In a world often filled with discouragement and despair, we can discover the good hope of the gospel. A blessed hope. A better hope. A living hope that is rooted in the resurrection of Christ from the dead that offers redemption from our sins and the prospects of a heavenly home.

Jesus didn’t stay in the tomb. Up from the grave He arose! His triumphant victory over sin, death and the devil challenges us with a new and purpose driven life. And it reminds us every Sunday when we take communion of the power of the cross.

Thank God for Christ. And the wonderful saving message of the cross.

2 responses to “THE MESSAGE OF THE CROSS”