Word of the Week: Discipleship 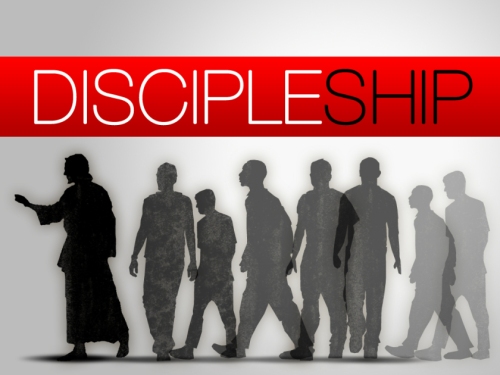 During our recent trip to the Mediterranean, we heard many stories from our tour guides about ancient Rome and Greece. Often they would preface their narratives with the phrase, “legend has it.”

One such legend involves Julius Caesar’s conquest of Britain in the first century B.C. When he landed with his Roman legions, he took a bold step to ensure the success of his military campaign. He ordered his men to march to the edge of the Cliffs of Dover, and he commanded them to look down on the water below.

To their amazement, they saw every ship in which they had crossed the English Channel engulfed in flames. Caesar had deliberately cut off any possibility of retreat back to Rome. Since his soldiers were unable to return to the continent, their only real option was to advance. So they committed themselves to following Caesar. They went forth and conquered Britain.

While this story may be apocryphal, it illustrates the commitment to following a decisive leader.

The gospel writers record at least 20 times Jesus saying to various individuals, “follow me.” From Peter, Andrew, James and John, to the women who followed and all future disciples, it was necessary to leave behind family, friends and familiar surroundings.

Over 270 times in the New Testament followers of Jesus were called “disciples.” Contrast this with the exclusive name “Christian” that is only used 3 times. Before they were “called Christians” they were identified as disciples (Ax 11:26).

In what we call “The Great Commission” Jesus commanded the apostles to “Go and make disciples of all nations” (Matt. 28:19).

Discipleship involves the teaching and training necessary to equip one to be an intentional and faithful follower of Jesus. Discipleship is a process. Not an event.

When you were baptized, that was an event. It happened once. You are not baptized every week. However, discipleship continues. Daily. Weekly. Monthly. Yearly. Ken Hemphill was right when he wrote, “Discipleship is an on going process, not a quick fix.”

If discipleship is to be balanced it must involve several factors. We learn about its key elements from the first disciples in Acts 2:41-47.

Then those who gladly received his word were baptized; and that day about three thousand souls were added to them. And they continued steadfastly in the apostles’ doctrine and fellowship, in the breaking of bread, and in prayers. Then fear came upon every soul, and many wonders and signs were done through the apostles. Now all who believed were together, and had all things in common, and sold their possessions and goods, and divided them among all, as anyone had need.

So continuing daily with one accord in the temple, and breaking bread from house to house, they ate their food with gladness and simplicity of heart, praising God and having favor with all the people. And the Lord added to the church daily those who were being saved.

♦Discipleship requires attachment to the body of Christ.

♦Discipleship is based on devotion to one another in Biblical fellowship.

♦Discipleship issues itself in worship.

♦Discipleship earns the respect of the community.

From this text, we learn that discipleship involves an individual commitment and a collective involvement with other disciples. It is directed by “the apostles’ doctrine,” the gospel of Christ, which they received by Divine revelation. Thus, our focus is firmly fixed on Jesus. As Oliver Goldsmith wrote, people “seldom improve when they have no other model but themselves to copy.” Jesus is our perfect example, our divine model and mentor.

Discipleship is so much more than weekly attendance at church services. It is daily. Discipleship demands self discipline. Requires hard work. And calls for self-sacrifice.

Discipleship is more than just reading the Bible every day. As one writer expressed it, “Maturity is not measured by one’s learning, but by one’s lifestyle. It is possible to be well versed in the Bible and still be immature.” Or as D.L. Moody once quipped, “The Bible wasn’t given to make us smarter sinners.”

Discipleship is about change. Growth. And spiritual development. It is being a lifelong learner, lover and follower of Jesus.

For the committed Christian, there is no retreat. No turning back. No giving up.

How about you? Will you too, be His Disciple?

5 responses to “Word of the Week: Discipleship”