A Two Word Answer To All Religious Disagreements 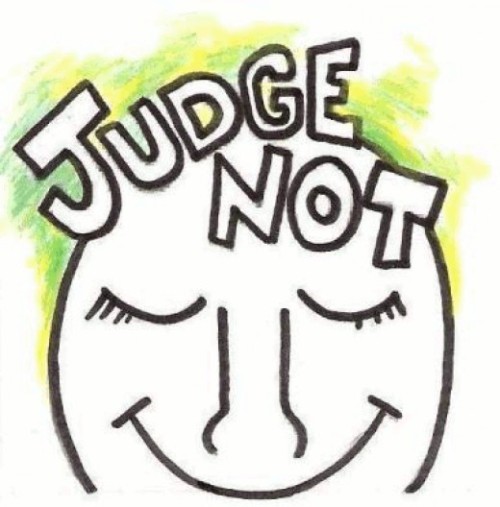 A brilliant theologian was reportedly able to condense the entirety of Scripture into a two-word Facebook comment Tuesday, instantly silencing all critics in the thread and garnering numerous “likes.”

The gifted exegete, going by the name “Kyle Bro” on the social media service, left the comment “Judge not,” followed by an authoritative period, under a friend’s post about sexual immorality in the church—stunning his friends and family with his intellectual clarity and theological acumen.

“I had no idea Kyle knew the Bible so well—I didn’t even know he was a Christian,” said an acquaintance of Bro’s who participated in the comment thread. “I was trying to argue that professing Christians should not be having sex outside of marriage. But he shut me right down. I even deleted my comments in shame after reading his and realizing how right he was.”

“Now I know that scriptural commands are no longer valid if someone feels like they’re being judged by them,” the acquaintance added. “I have Kyle Bro to thank for that.”

The above story is a piece of satire from Babylon Bee. Yet, it accurately describes an often given retort when condemnation is offered for practices people want to justify.

Homosexual behavior is condemned (1 Corinthians 6:9-11). And someone responds, “Judge not.”

A brother is gently admonished to turn from a spiritual threatening problem in his life (Gal. 6:1-1).  He answers, “Judge not.”

The preacher reproves and rebukes those teaching false doctrine (2 Tim. 4:1-2). Following the sermon the preacher is scolded, “Judge not.”

The elders meet with a couple to encourage them to obey God’s commands in their marriage (Eph 5:22-33). But they are met with resistance and told, “Judge not.”

A blog is posted that condemns same-sex marriage (Matt 19:4-6). But invariably a reader will caution, “Judge not.”

This two word retort is a misunderstanding of Jesus’ command, “Judge not that you be not judged” (Matt 7:1)

Bible scholar Albert Barnes’ exegesis is accurate when he writes, “This command refers to rash, censorious, and unjust judgment. (Rom 2:1) Christ does not condemn judging as a magistrate, for that, when according to justice, is lawful and necessary. Nor does he condemn our ‘forming an opinion’ of the conduct of others, for it is impossible not to form an opinion of conduct that we know to be evil.”

Jesus uses a humorous illustration of someone who has a log in their eye trying to remove a shaving from someone else’s eye! Ridiculous! Absurd! And wrong! First remove the glaring fault from your life before you try to correct others for their minor flaws.

Furthermore, Jesus commanded, “Judge not according to appearance, but judge righteous judgment” (Jn 7:24). The Gospel reveals God’s standard of righteousness (Rom. 16:16-17). Of morality. Of right and wrong. When preachers, pastors and Christians expose doctrinal error, condemn immoral conduct or correct ungodly attitudes they are not violating the propitiation to “judge not.” They are judging righteous judgment.

While we should not be guilty of hypocritical or hypercritical judgments based on personal, prejudicial opinions, we are called upon to exercise spiritual concern for the welfare of others based on the revealed Word of the Lord.  This demands “righteous judgment.”

Jesus said, “He who rejects Me, and does not receive My words, has that which judges him — the word that I have spoken will judge him in the last day.” (Jn 12:48).

One response to “A Two Word Answer To All Religious Disagreements”