4 Attitudes Toward Our World 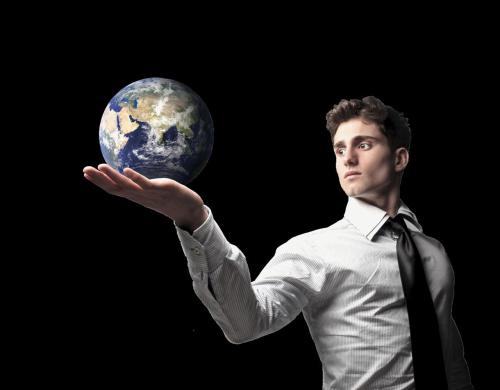 Several years ago a movie was released, The Guardian, that spoke to the masculine heart in a unique way. It’s the story of Jake Fischer, staring Ashton Kutcher, a high-school swim champ who enrolls in the U.S. Coast Guard’s “A” School. His instructor is legendary rescue swimmer Ben Randall (Kevin Costner) who teaches him some hard lessons about self-sacrifice.

There’s a scene at the beginning in which Ben is briefing the new recruits and proudly reminds them of their high and noble calling.

“Out of the 39,000 men and women that make up the United States Coast Guard there are only 280 rescue swimmers. This is because we are the Coast Guard’s elite. We are the best of the best. When storms shut down entire ports, we go out. When hurricanes ground the United States Navy, we go out. And when the holy Lord Himself reaches down from heaven and destroys His good work with winds that rip houses off the ground, We. Go. Out.”

One of the first training exercises for the new recruits is to tread water in a pool for one hour. They are instructed that if they touch the wall or the bottom of the pool, they fail.

Randall calls out to the recruits: “Hoo rah, class 5506! Now, who here can tell me the rescue swimmer’s motto?”

“So others may live!” Fischer responds.

What a great message and what a compelling motto for Christians. “We. Go. Out. So others may live.”

God’s people are called with a purpose to make a difference in the world. We are not elite in any worldly sense, but we are God’s elect. Chosen. Sanctified. Saved. And charged with a mission.

Here are four attitudes Christians may have toward those in the world.

(1) Isolation. Like the Pharisees, some seek separation from everyone perceived as ungodly. But withdrawal doesn’t work. And it’s foreign to our calling.

(2) Imitation. Some Christians compromise with the world and lose their spiritual identity. Conformity, however, will not win souls. Only a transformed life will accomplish God’s purpose. (Rom. 12:1-2)

(3) Indifference. For various reasons, others have become unconcerned about outreach and have given up trying to make a difference in the world. Spiritual apathy is condemned in scripture (Rev. 3:15-17).

(4) Influence. This is the best response and the most positive and effective message. It is light-shining involvement, presenting a spiritual lifestyle that serves as a light of hope and help. It is being God’s salt to purify and preserve. (Matt 5:13-16).

People are drowning in sin. Our purpose is to carry on  Christ’s rescue mission. Our ministry is spiritual. Our message is Gospel-focused.

Tagged as Evangelism, Outreach, The Guardian, We Go Out

One response to “4 Attitudes Toward Our World”