Word of the Week: Stewardship 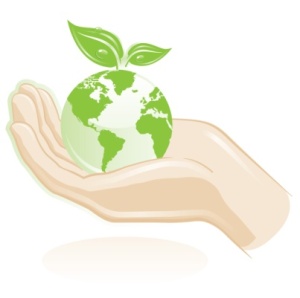 The Butterball Turkey Company used to set up a hotline to answer consumer questions about preparing holiday turkeys. One woman called to inquire about cooking a turkey that had been in her freezer for twenty-three years. The operator told her it might be safe if the freezer had been kept below zero degrees the entire time. But the operator warned  that, even if it were safe, the flavor had probably deteriorated, and she wouldn’t recommend eating it.

The caller replied, “That’s what we thought. We’ll just give it to the church.”

Too often this is the attitude of some people with regard to stewardship.  They give whatever the have left over, or don’t want,  to the Lord.  A few extra dollars.  A little time to spare.  A bit of my talent to share, if I can work it in.  Here’s a news flash folks–God doesn’t want your money.  Or your time.  Or your gifts.  He wants YOU!

The word of the week is stewardship.

Thayer defines a steward as “the manager of a household or of household affairs; especially a steward, manager, superintendent.” Webster says a steward is “one who acts as a supervisor or administrator, as of finances and property, for another or others.  A manager.”

Steward is from an Anglo-Saxon word “stigweard,” literally a “sty-ward,” one employed to take care of another’s possessions.  “Sty designated a pen for cattle or swine, while “ward” meant one who guards or a warden. A steward, therefore, is one who successfully manages, oversees, guards and uses that which belongs to another.

Stewardship is a decidedly Biblical topic.  Jesus often told parables that related to faithful stewardship. The talents.  The two sons.  And the unjust steward.  Paul said he had been “entrusted with a stewardship” (1 Cor 9:17).  He told the Colossian Christians that he “became a minister according to the stewardship from God which was given to me for you, to fulfill the word of God” (Col. 1:5)

The overriding principle of stewardship is simple: Everything belongs to God! He’s the owner.  I’m the manager. He’s in charge. I have a charge to keep.  He’s entrusted me with all that I have.  I must be trustworthy.

As a steward of God’s blessings, I am called upon to be faithful. (2 Cor 4:1-2) To be fruitful. To be resourceful. To be dependable.  To be obedient. To be generous. To be thankful.

Today and this week, remember that everything “you own” really belongs to God.  It’s His. And He’s just loaned it to you for a little while.  Enjoy it!  Share it!  And live, so one day you can hear those welcoming words:

‘Well done, good and faithful servant; you have been faithful over a few things, I will make you ruler over many things. Enter into the joy of your lord.’ (Matt 25:23)

Tagged as stewardship, Word of the Week