Boys in the Girls Locker Room

As we are quickly drawing to a close of the top 10 posts of 2021 based on reader views, this January post ranked #2. 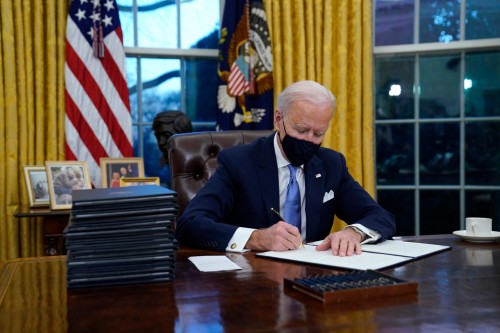 Since taking the oath of office, President Biden has signed a flurry of executive orders at an unprecedented rate from previous Presidents.

One that has raised concerns not only from Conservatives but Moderates and even some on the Left is the directive titled “Preventing and Combating Discrimination on the Basis of Gender Identity or Sexual Orientation.”

This order, writes Ramona Tausz in a New York Post article, “spells disaster for women’s shelters, sports and health care in the name of transgender equality.”

One response to “Boys in the Girls Locker Room”