Can an Atheist Come to Christ? 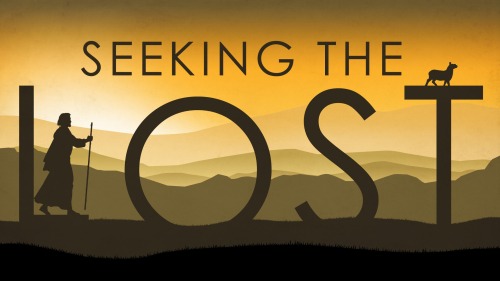 Blaise Pascal, the 17th-century French philosopher, is credited with saying, “There is a God-shaped vacuum in the heart of each man which cannot be satisfied by any created thing but only by God the Creator, made known through Jesus Christ.”

So, is there such a hole in the heart of an atheist? Can an atheist come to Christ?

Michael Foust reports in ChristianHeadlines.com that Mahiga, a high-ranking official in a Kenyan atheist organization, recently resigned his position and had accepted Christ.

Seth Mahiga was the secretary for Atheists in Kenya Society, an organization founded in 2016 to advocate for secularism, non-religion, and the belief that “the universe is a natural phenomenon with no supernatural side,” according to its website. It is a member organization of Humanists International.

“This evening, regretfully, the Secretary of the Atheists in Kenya Society Mr. Seth Mahiga informed me that he has made the decision to resign from his position as Secretary of the society,” the press release said. “Seth’s reason for resigning is that he has found Jesus Christ and is no longer interested in promoting atheism in Kenya. We wish Seth all the best in his newfound relationship with Jesus Christ.”

While I know nothing regarding the particulars of Mahiga’s conversion or the church with which he’s now worshiping, this story is a good reminder that as J. M. McCaleb’s hymn says, “The Gospel is For All.”

Jesus’ great commission given to the apostles and by implication and application to all of us commands, “Go into all the world and preach the gospel to every creature. He who believes and is baptized will be saved, but he who does not believe will be condemned” (Mk. 16:15-16).

I wonder if we may be guilty at times of trying to qualify who’s a candidate for the gospel? And in doing so, eliminate the atheist, agnostic, and infidel? Or the worldly, immoral, hedonistic person whose lifestyle we repudiate, and as a result fail to share our faith with them?

Through the years, I have seen men who were antagonistic to the gospel, change and become Christians. One man, I knew actually tried to hinder his wife and children from attending church. He stayed at home on Sunday. And refused to help his wife with their 5 children as she faithfully attended every service. However, one day something changed. He came with her. Heard the gospel. Began studying. And was converted. Years later he was appointed as an elder in that church.

I know a woman, who in her younger years was bitter against the Lord’s church. Her husband, though a Christian was unfaithful. When the preacher came to visit him and seek his restoration, she would leave the room. She didn’t want to hear the gospel. Slowly, however, her heart softened. He was restored and she obeyed the gospel.

I’ve known people with no religious affiliation, who lived a worldly life, change and come to Christ. I’ve seen men in their 40’s, who questioned not only the Bible, but the existence of God, learn the truth and come to Christ. I had the privilege of studying with one such man, who after months of Bible study, accepted the Lord’s invitation and was baptized for the remission of sins. Several years later he would become a Shepherd for that church.

I’ve seen grandmothers and grandfathers in their 60’s and 70’s obey the gospel. And I’ve experienced the joy of young men and women, whose parents wondered if they would ever become Christians, make that decision and come to Christ.

Could it be that in our evangelistic efforts, we’ve been too quick to pre-judge people and dismiss them as unfit and unworthy of our attention?

It is possible that we’ve spent too much time harshly telling people how they’re wrong, instead of gently showing them why they’re lost?

Have we allowed a mentality to creep in thinking the church is a hotel for saints instead of a hospital for sinners?

I know of a church composed of people who had formerly been fornicators, adulterers, and even homosexuals. Some had been thieves. Others drunkards.

“Where’s that church?” You ask.

The church at Corinth.

And when Paul entered that decadent city, God assured him in a vision that he had “many people in that city” (Ax. 18:10).

Can an atheist come to Christ?

7 responses to “Can an Atheist Come to Christ?”