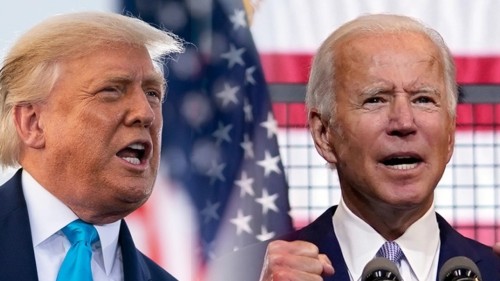 At noon today Joseph R. Biden, Jr. will take the oath of office as President of the United States. As a leader of the free world, our President is often called the most powerful person in the world.

People are impressed by power. Military might. Political position. Economic Status. Physical strength. All are symbols of power.

Leaders lust for power. In fact, some people so are obsessed with power they will do anything to get it, everything to hold on to it, and are in denial when they are unable to exercise it.

For several years Forbes Magazines published a list of the most powerful people in the world. Although the list includes financial investors, business executives, and media moguls, it’s dominated by political leaders around the world.

The admiration, exercise, and pursuit of power reminds me of an exchange that Jesus had during his trial with the Roman Governor Pontius Pilate. It transpired following Pilate’s frustration that Jesus was silent as he interrogated Him.

Then Pilate said to Him, “Are You not speaking to me? Do You not know that I have power to crucify You, and power to release You?”

Jesus answered, “You could have no power at all against Me unless it had been given you from above. Therefore the one who delivered Me to you has the greater sin.”

The power in Jesus’ day resided in Rome. Everyone knew it. Their empirical rule reached across the known world. The power was evident in their army. Their outposts of culture. Their massive building programs. Their roads. And, of course, their ruler, Pontifex Maximus.

The Jews in Jesus’ day had little power. They were subjugated by Rome and its rulers. When the Sanhedrin Court found Jesus guilty of treason, they had no power to sentence Him. Or to execute Him.

So when Jesus was brought to Pilate, it seemed strange to him that Jesus did not respond to his interrogation. After all, Pilate possessed the power of life and death by a simple stroke of his pen.

The Bible records how Rome unleashed its power on this “helpless” Galilean. Pilate signed the decree of death. The armored soldiers with spear and sword lead him away to his execution. Rome’s power inflicted a merciless beating. Mocking. Ridicule.. And finally, Jesus was nailed to the wooden cross He was forced to carry.

On Sunday, however, He who was “helpless” arose from the dead by the power of the Holy Spirit (Rom 8:11). Rome’s power was negated. Death’s power was overcome. The sealed tomb’s power couldn’t hold him. And so Paul proclaimed that Jesus was “declared to be the Son of God with power according to the Spirit of holiness, by the resurrection from the dead.”

Jesus’ shed blood became the powerful cleansing agent to wash away the sins of the world (Heb 9:12). Even for those who clamored for His death and crucified Him! (Acts 2:36-42).

Ironically, the massive Roman empire fell. It’s Kingdom is no longer. Its influence limited to history. It’s power finished. Yet, the Kingdom established by the One they killed lives on. It continues to flourish. It’s influence stretches around the world.

The power of Christ’s Kingdom, demonstrated in the cross, continues to be proclaimed through the Gospel. It’s evidenced in changed lives. And one day will be consummated in our own bodily resurrection–our own powerful victory over the Ruler of darkness, death, and sin.

So, you’re worried about what happens in Washington? About what party controls the White House? The House of Representatives? The Senate? Forget it.

Jesus affirmed that the Father has given Him “all power in heaven and on earth” (Matt. 28:18). He is not only the head of His body, the church, the blessed, and only Potentate, He is the “King of Kings and the Lord of Lords (1 Tim. 6:15). Every earthy ruler holds his or her position because of the Lord’s power over the kingdoms of men. This is true of Biden, as well as Xi Jinping of China, or Putin of Russia.

Christians can be comforted by the fact that He has delivered us from “the power of darkness”. We’re strong “in the power of His might.” And we are “complete in Christ, who is the head of all principality and power.” (Col. 1:11,13; 2:10).

Pilate’s power, just like Trump’s, Biden’s or Putin’s was delegated by God. One day each be called to give account for how they used or abused that privilege. In the meantime, “we are protected by the power of God through faith for a salvation ready to be revealed in the last time” (1 Pet. 1:5).

Tagged as #PresidentalPower, A Passage to Ponder