God is Still on the Throne 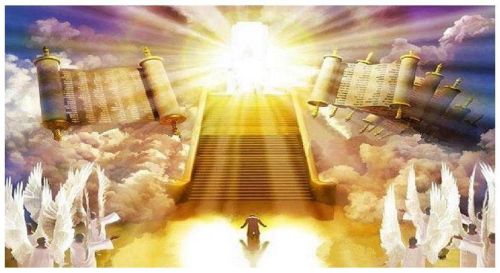 Sunday afternoon I tuned in to catch the second half of the Minnesota Vikings and New Orleans Saints football game.

I’m a fan of Drew Brees and expected to see a Saints victory and an all-pro performance by Brees. Instead, I saw a thrilling Vikings overtime win with embattled Vikings quarterback Kirk Cousins throwing the game-winning touchdown

Cousins, who has faced massive media pressure after signing a three-year $84 million dollar contract with the Vikings in 2018 has been tagged with the narrative that “he can’t win the big game.”

Meyers wasn’t shy about asking Cousins about the intense criticism he’s faced and the emotional burden he’s been bearing.

“I know you are deep in your own faith,” Myers said. “I know you try to handle it like a professional but you can’t block all the outside noise.”

Cousins calmly responded that regardless of what happens on the football field that his comfort is in God’s sovereignty.

Like many similar interviews, the star of the game said, “It’s about the team.” And that he accepted the weight of responsibility that comes with the quarterback job. But then added, “Like you said, my faith is important to me. It is the foundation of my life.”

“And ultimately, that is where I gain my peace and strength. Win or lose today, God is still on the throne. And I take comfort in that.”

Think about that. “Win or lose today, God is still on the throne.”

For those of us who at times have taken sports a bit too seriously, that’s a good reminder. The New Orleans Saints are not God’s team. Nor are the Dallas Cowboys. And shockingly to some neither are the Alabama Crimson Tide or the Kentucky Wildcats.

On a more serious note, Prosperity theology, sometimes called the “health and wealth gospel,” would have you believe that God’s children are always going to win. This pervasive and perverse doctrine says that if you are a faithful Christian God’s will for you is always financial success, good physical health, and personal safety and security.

While true Christians don’t buy into that theology, sometimes we seem perplexed and puzzled when we fail, lose and suffer hardship.

When adversity afflicts our personal well being, some question, “Where was God when I needed Him?”

When tragedy strikes and invades the peace and safety of our families, it’s tempting to blame and bemoan, “Why did God do this?”

When a deranged and demented gunman enters a church or school and kills innocent men, women, and children, quickly the challenge is issued, “Why would a loving God allow this to happen?

However, His sovereignty does not override man’s free moral nature. We have choices. We can decide to do good or evil. We can follow God’s will. Or reject it. And sometimes, even in matters of judgment that don’t involve right or wrong, we may make an incorrect decision that produces disastrous results.

Kirk Cousins could have thrown an interception that the Saints ran back for a touchdown. But God would still be on the throne.

The Bible records that the human race has made many serious and sinful choices. Cain killed Abel. Noah got drunk. Abraham lied. Jacob schemed. The patriarchs envied. David committed adultery. And Israel went lusting after idols and immoral relationships. But God was still on the throne.

Then God sent His Son into the world, but the religious leaders rejected Him. Judas betrayed. Peter denied. Pilate cowardly caved in. The disciples ran like scalded dogs. Christ was killed on the cross. But God was still on the throne.

Even after Jesus’ triumph over death and the devil, the powerful beginning and spread of Christianity, those victories were also tempered with some setbacks. The apostles were imprisoned. Stephen was stoned. James was beheaded. Christians were persecuted. And Paul suffered an agonizing “thorn in the flesh.” But God was still on the throne.

Know this. That in good times or bad. Sickness or health. Prosperity or poverty. Life or death. God is still on the throne.

“To the only God, our Savior, through Jesus Christ our Lord, be glory, majesty, dominion, and authority, before all time and now and forever. Amen” (Jude 25).

6 responses to “God is Still on the Throne”