Word of the Week: Identity 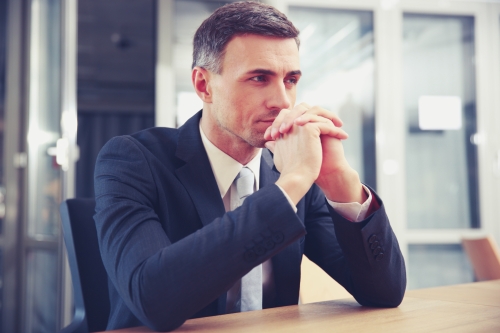 Jim Valvano was one of the most colorful college basketball coaches in the 1980’s when he coached the North Carolina State Wolfpack. He may be most remembered for his ecstatic celebration after winning the national champion with their improbable victory against the heavy favored Houston Cougars.

While suffering from terminal spinal cancer at the age or 47, Valvano was interviewed by Sports Illustrated reporter, Gary Smith. He looked back on his life and told a story about himself as a 23-year-old coach of a small college team.

“Why is winning so important to you?” the players asked Valvano.

“No,” the players insisted. “Participation is what matters. Trying your best, regardless of whether you win or lose — that’s what defines you.”

Now twenty-four years later, Valvano related that his view had changed. After waking up three or four times with his T-shirt soaked with sweat and his teeth rattling from the fever chill of chemotherapy and the terror of seeing himself die repeatedly in his dreams, he admitted: “Those kids were right. It’s effort, not result. It’s trying.”

In an age where so many people are having an “identity crisis,” especially young people who are trying to “find themselves,” it’s important to know who you are.

Many are like Lily Tomlin who once quipped, “I’ve always wanted to be somebody, but I see now I should have been more specific.”

In The Mask Behind the Mask, biographer Peter Evans says that actor Peter Sellers played so many roles he sometimes was not sure of his own identity. Approached once by a fan who asked him, “Are you Peter Sellers?” Sellers answered briskly, “Not today,” and walked on.

Developmental psychologist, Erik Erikson believes that the formation of identity is one of the most important aspects of a person’s life. However, he believes that it is something that changes as we confront new challenges and engage in varied experiences.

My friend and preaching colleague, Gary Henry, correctly observed: “What we are right now stands between what we used to be and what we will be.”

Who we are at this present time reflects the sum total of our values, beliefs, relationships, goals, and purpose in life. It reflects what we’re passionate about. It speaks to the very core of our character which has to with moral and ethical qualities. Reputation. Behavior. And integrity.

My identity is expressed in my relationship to Christ. My old self is crucified (Rom 6:6). I am united with Him in one spirit (1 Cor 6:17). And I live to bring Him praise and pleasure (Eph 1:5-6). So, my life is lived in faith and focused on my eternal hope.

This does not mean that all Christians are identical clones. Each with their own unique personality, temperament, tastes, and diverse backgrounds, experiences, and opinions share a commonality in Christ. While we’re all different we develop our own distinct identity from the same source.

When we truly understand who we are in Christ, it changes the way we think, live, and behave. It causes us to rise above adversity. To overcome misfortune. To deal with difficult relationships. But also remain level-headed, benevolent, prudent and appreciative when enjoying success. Thus, we are neither defined by our problems or our prosperity.

Finally, to paraphrase Mahatma Gandhi, “The best way to find yourself is to lose yourself in the service of the Lord.”

One response to “Word of the Week: Identity”