A Passage To Ponder: Acts 10 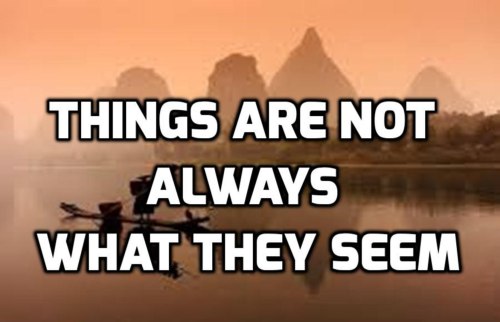 However, things are not always what they seem to be.

A firefly is not a fly – it is a beetle.

A prairie dog is not a dog – it is a rodent.

India ink is not from India – it is from China and Egypt.

A horned toad is not a toad – it is a lizard.

Indeed, things are not always what they seem to be. Case in point. The conversion account of the Gentile Centurion Cornelius in Acts 10.

(1) We learn that morality alone does NOT make one a Christian.

The Bible says Cornelius was “a devout man who feared God with all his household, gave alms generously to the people, and prayed continually to God” (v.2).

I once heard a radio preacher say that he wished he had a church filled with folks like Cornelius. Consider his character. He was a devout, God-fearing man. He prayed to God. Shared his monetary resources with others. And was a good influence in his family.

Yet, he was not a Christian. He was told to send for Peter and “he will tell you what you must do.”

(2) Peter’s vision was not what it seemed on the surface.

While Cornelius’ servants were on the way to Joppa to get Peter, he saw a vision that confounded him. A sheet was let down with all kinds of animals, beasts and birds and the voice said, “Get up, Peter. Kill and eat.”

Peter resisted because it would violate what he had observed under the Old Law. So he responded, “Not so, Lord! For I have never eaten anything common or unclean.”

However, the voice replied, “What God has cleansed you must not call common.”
While Peter thought about the vision, Cornelius’ servants arrived. The Spirit advised him “to go with them, doubting nothing.”

God was teaching Peter a lesson, not about eating certain food, but about His approval of associating and sharing the Gospel with Gentiles. When Peter arrived at Cornelius’ house he understood. So, he began his message with these words: “Truly I understand that God shows no partiality, but in every nation anyone who fears him and does what is right is acceptable to him” (v. 34-35).

(3) Cornelius thought he ought to kneel before Peter and worship him.

Peter was a man of God. Cornelius wanted to show respect. It seemed like the right thing to do. But Peter was mere man. Fallible. Impetuous. And sinful. Peter said, “Stand up. I too am a man.”

Things are not always what they seem.

It’s easy for us today to stereotype others. To judge them unfairly. To harbor some racial prejudice. To resist association with others because of their background, ethnicity, or social class. Yet, the Bible teaches us that the Gospel is for all. Every nation. Every race. Every person.

Furthermore, we also might be guilty of deciding that some folks are already good enough. They don’t need the gospel. I sometimes hear folks who ought to know better identifying others as Christians just because they do good. Value morality. And help other people. There’s more to being a Christian than just good works.

We must preach the gospel in its entirety. Preach Jesus. Preach the plan of salvation. Preach baptism for the remission of sins. Don’t assume some folks don’t need to hear the Good News.

Furthermore, let’s regard people in the proper perspective. Let’s not elevate others, even preachers and pastors, with titles, names and designations that put them on par with God. I’m not worthy of worship. I’m not a “Reverend.” Only God is reverend. I’m just a man.

Finally, man’s way is not necessarily God’s way. A religious practice may feel right. A doctrine may seem acceptable. And our lifestyle may be socially acceptable. But just remember this.

Things are not always what they seem to be.