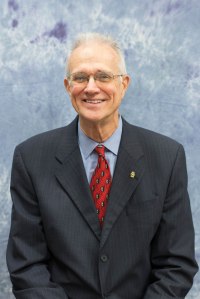 Today I’m reminded of a neat story told about the baseball great Ty Cobb, who played in a different era. He retired in 1928 at the age of 41 with a lifetime .367 batting average.

When he was 70 a reporter asked, “What do you think you’d hit if you were playing today?”

The reporter responded, “I guess that’s because of increased travel? Night games? Artificial Turf? And new pitches like the slider? Right?

Cobb calmly glared at the reporter and said, “No. It’s because I’m 70!

I can relate to Cobb. With the NCAA tournament beginning, I get excited and feel like I could still play some ball. But the reality is my mind says one thing but my body quite another.

Today is a milestone that is difficult to imagine at age 20. Or even 30 or 40.
It’s one thing to preach on aging, but quite another to admit you are actually the one being identified in Ecclesiastes 12. If we’re honest, there is an aspect where aging frightens us a bit. Jonathan Swift expressed it this way, “Every man desires to live long, but no man wants to be old.”

I am part of that intrepid group of Baby Boomers that are known for their desire to stay young. Look young. And act young. In fact, some have advanced the idea that 70 is the new 50. We struggle with the phrase “senior citizen.” (Although, I’m not adverse to accept the discount at restaurants). However, all of this is denying the inevitable.

The sobering words of the Psalmist come to mind on this day.

The days of our lives are seventy years;
And if by reason of strength they are eighty years,
Yet their boast is only labor and sorrow;
For it is soon cut off, and we fly away.

While I’ve been blessed with good health, and still feel energetic and enthusiastic about life, one day, like all others, age with catch up with me. Life on earth will end. And I will fly away. But in the meantime, let me be used for God’s purpose.

I was thinking about a sermon I prepared several years entitled: “Honoring Senior Saints–They Still Bear Fruit in Old Age.” It was designed to encourage the older people in the congregation. I guess I’m now one of them!

In that sermon, I pointed out that God has used older people to accomplish his purpose. Moses was 80 and Aaron 83 when they led Israel out of Egypt. Caleb was 85 when he said, “Give me this mountain” as he staked his claim in the promised land of Canaan. Daniel was probably over 80 when he served as Governor of Babylon and thrown into the den of lions. Older people can still bear fruit for the Lord.

We’ve announced that we’re leaving local work here in North Texas the first of June, but we’re not retiring to a rocking chair in Florida. Not yet, anyway. We have a jam-packed schedule for the rest of the year of traveling, preaching and teaching.

While I don’t want to be that old preacher who thinks that he’s just as good as he ever was, and refuses to step aside, I still want to be used and bear fruit as long as possible. Whatever wisdom, knowledge or skills that I may possess, I trust that I may still use them to the glory of God and for the edification of His people. I do know I must release the past with whatever mistakes I have made or successes I have enjoyed. I must accept the present. And like Paul, “press on.”

But more importantly, I want to enjoy this rest of the journey with my wonderful wife, Norma Jean, who’s been my faithful partner for the past 50 years. To focus on the future. To keep our eyes on the eternal goal. And to go hand in hand to a land where we will never grow old.

22 responses to “Reflections On Turning 70”