Word of the Week: Love 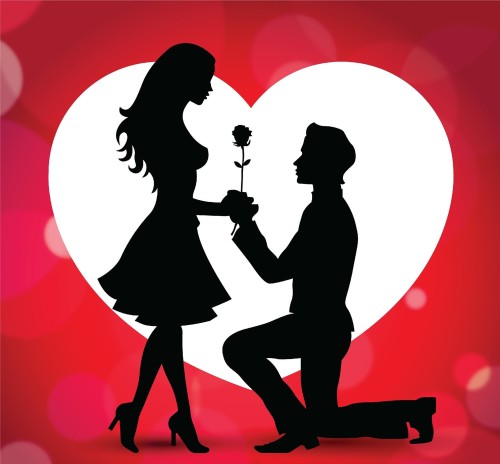 February has long been identified as a month of romance, particularly because Valentine’s Day is celebrated on the 14th in the Western world.

The history of the day is shrouded in mystery around one of the early “saints” Valentinus who was imprisoned for performed weddings for soldiers who were forbidden to marry. According to legend just prior to his execution, he wrote a letter to a woman he loved and signed it “Your Valentine” as a farewell.

Geoffrey Chaucer, the 14th century English writer and famous for his work Canterbury Tales, is often credited for making the day popular when courtly love flourished. As a result, traditions developed for presenting flowers, giving gifts of confectioneries and sending greeting cards called “valentines.” Hallmark and the candy companies have made a fortune as result of this annual tradition.

Love, however, cannot be reduced to a few superficial gifts and a romantic dinner. Nor is true love based solely on emotions. In Tina Turner’s 1984 hit, “What’s love got to do with it?” she cynically croons “what’s love but a second-hand emotion.” Sadly, many today confuse love with lust and the license to pursue selfish fleshly satisfaction.

The Bible teaches that true love is an act of the will. Love is a command. It is a choice. A commitment. And a conduct that issues itself in the best interest of others.

In the great love chapter of the Bible, the apostle Paul describes love in concrete terms. It is a behavior that is clearly definable and observable.

This love of which I speak is slow to lose patience—it looks for a way of being constructive. It is not possessive: it is neither anxious to impress nor does it cherish inflated ideas of its own importance.

Love has good manners and does not pursue selfish advantage. It is not touchy. It does not keep account of evil or gloat over the wickedness of other people. On the contrary, it is glad with all good men when truth prevails.

Love knows no limit to its endurance, no end to its trust, no fading of its hope; it can outlast anything. It is, in fact, the one thing that still stands when all else has fallen.” ( 1 Cor.13:4-8, J. B. Phillips)

The 15 qualities listed in the text challenge us to nobler aspirations, purer motives, and deeper devotion directed toward the one we love. They speak of a spiritual impulse expressed in specific, selfless behaviors. They transcend fading feelings of romantic love to a connection that is deeper, greater, and abiding.

I once read a story about a man who had been married for over 50 years. His wife began to deteriorate with symptoms of Alzheimer disease. He cared for her as long as he could. But finally, she needed the kind of 24-hour care, 7 days a week that he could not physically provide. So he put her in a nursing home.

Every morning he would go see his wife who was gradually deteriorating.  He would talk to her. Read the paper to her.  Brush her hair. And help her eat. Finally, it got to the point where she didn’t even know who he was anymore.

One morning one of his breakfast buddies asked, “Why, do you still go every day when she doesn’t even know you?”

His response: “I still know her.”

Filed under Love, Word of the Week

Tagged as Love, Word of the Week

2 responses to “Word of the Week: Love”