Let Your Speech Be Gracious 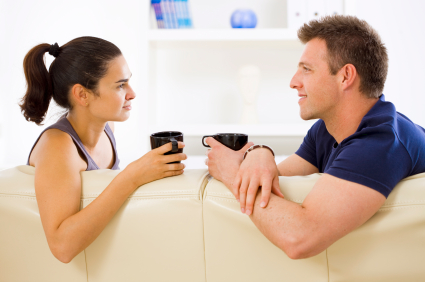 Bob and Richard were brothers. Neither had married. Richard lived with their 88-year-old mother. Bob’s whole life was Annabelle his cat. He never went anywhere without her.

One day he was faced with a tough decision. He had to go to London, England, on business for his company and he couldn’t take Annabelle. He didn’t want to leave her at a kennel. Finally he decided to trust his brother with the cat while he was away. He gave Richard detailed instructions, schedules, and food. Everything he needed to care for Annabelle. Bob flew to London and called Richard every day to make sure Annabelle was okay.

On the fourth day when he called, Bob asked, “How’s Annabelle?”

Well, as you can imagine, Bob nearly had a heart attack. When he recovered, he said to Richard, “That was the most cruel thing I’ve ever heard. You know how much I loved that cat. Why couldn’t you have broken it to me gently?

“What do you mean?” asked Richard.

You could have something like, “Well, she’s OK, but she’s up on the roof.” And then when I called the next time, tell me, “Ooooh, I’ve got some bad news. She fell off the roof and she’s at the vet.” And then the next time break the news that she passed away. At least I would have been a little prepared for the bad news.”

“Yes, you are right Bob. I’m sorry. I apologize for being so heartless.”

Bob accepted Richard’s apology and then said, “Oh, by the way, how’s Mom?”

Admittedly, there are some situations where it’s difficult to know what to say and how to say it. Yet, a thoughtful person looks for a way to be kind, considerate, and thoughtful toward the feelings of others.

The Bible has a good bit to say about speech that is tactful, courteous and appropriate.

In our conversation with those who are unbelievers, we should interact with kindness, gentleness and tolerance. “Conduct yourselves wisely toward outsiders, making the best use of the time. Let your speech always be gracious, seasoned with salt, so that you may know how you ought to answer each person” (Col. 4:6, NASU)

Blunt speech riddled with rancor, criticism, and sarcasm will do little to lead a soul to Christ. In fact, many have been forever turned off to Christianity by the heedless and thoughtless remarks of Christians. Please be advised this is not to suggest that we compromise Truth. However, Truth can be presented in a way that is amiable, approachable, and congenial. Paul advised that we should “speak the truth in love” (Eph. 4:15).

Paul’s admonition in the text is to respond, not react. Reactions are usually disrespectful, unkind, and rude. A thoughtful response is well reasoned, charitable and polite. It is speech that is controlled by grace that glorifies God and points people to Christ.

Consider the wisdom of these Old Testament admonitions that encourage charitable speech.

“The wise in heart will be called understanding, And sweetness of speech increases persuasiveness” (Prov 16:21).

These exhortations to gracious speech should find application in our homes, professions and interactions with our brothers and sisters in Christ. And how about our facebook posts? Sometime I cringe when I read the cruel, cutting and unkind remarks made by brethren to each other. Has our political partisanship so poisoned us that we’ve abandoned Biblical admonitions to decency, geniality and just good manners?

I suspect this one command will keep us all busy for a while: “Let your speech be gracious.”