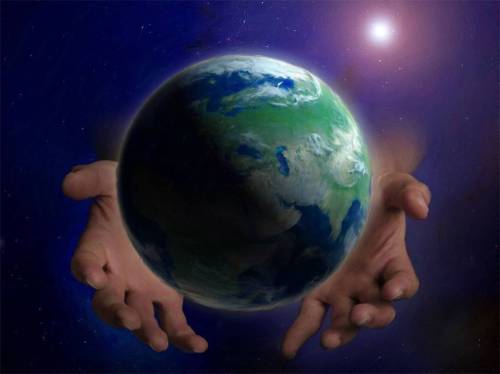 “Who’s in charge ’round here?” asked my friend and preaching colleague, Wilson Adams, on a recent facebook post.

Yes, Wilson, I do! And, not just because you’re my friend and said so, but because the Bible tells me so.

The Psalmist proclaimed, “For kingship belongs to the Lord, and he rules over the nations” (Ps 22:28).

The prophet Jeremiah acknowledged the rule of Jehovah when he wrote, “Who would not fear you, O King of the nations? For this is your due; for among all the wise ones of the nations and in all their kingdoms there is none like you.” (Jer 10:7)

In fact, Jehovah affirmed to Jeremiah that it was in His power to plant a nation, build it and raise it up. He also has the prerogative to destroy that nation when it does evil. (Jer 18:5-10). Indeed we are but “clay in the Potter’s hand.”

Daniel reminded the Babylonian King Nebuchadnezzar that his kingdom with its accompanying power, might and majesty was because God gave it to him, as well as his father before him. However, due to his pride and insolence the days of the kingdom were numbered. God said he finished it.

In the New Testament, Jesus said that the Father had given him “all authority in heaven and on earth” (Matt 28:18). Paul calls Christ, “the King of Kings and the Lord of Lords” (1Tim. 6:15). And John in the Revelation pictures Jesus as riding the white horse and “ruling the nations with a rod of iron” (Rev 19:15)

“Will history record these days as “bumps” in the road,” he asks “or will these events bring on trouble the likes of which we have never known before?”

The truth is that none of us know. Our knowledge is limited. Our vision is restricted. And our power is finite. The issue of our national destiny ultimately does not reside in partisan politics or the power of the ballot box.

My beloved brother is right. “Our God reigns. He’s still on the Throne. Looks to me that these troublesome times are a great opportunity to reinforce our faith -to our children, -to our brethren, -to our neighbors.”

Indeed. Let us be the salt of the earth. And the light of the world. Sure, go ahead and vote your conscience. But be assured, that Creator of heaven is the One in whom we “live, move and have our very existence.” He resides in the heavenly realm. He rules. He reigns. And he will hold his creation responsible for their actions.

“Who’s in charge ’round here?” It’s a good question to remind us.