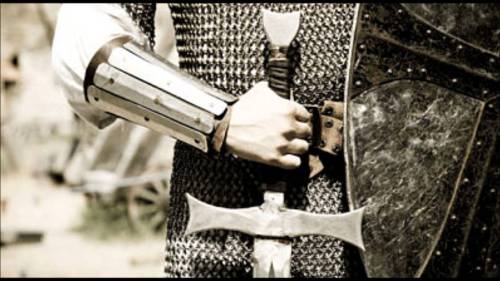 Following the public beheading of two American journalists, James Foley and Steven Sotloff, O’Reilly called for Congress to formally declare war on Islamic terrorists and for the President to sign it

There can be no doubt that ISIS and those of their ilk are at war with us. In a recent video one of their soldiers looked into the camera and sneered “I say to America that the Islamic Caliphate has been established. And we will not stop… we will raise the flag of Allah in the White House.”

However, this war is only one aspect of a greater war. In fact, it is actually symbolic of the real war that we’re facing. It is the war Satan is waging on all humanity.

The book of Revelation figuratively depicts the war of Satan against God, against the Lamb of God and the saints of God. It is the struggle of good and evil, right and wrong, righteousness and unrighteousness. It is the eternal struggle that began in the garden of Eden.

In the Old Testament, we read of Satan’s attack on Job, his work among the heathen nations and terrorist assaults against Israel. The Gospel accounts in the New Testament begin with the Devil tempting Jesus and end with him influencing the minds of the religious leaders to crucify Christ.

The Bible specially says that Satan entered the heart of Judas to betray Jesus (John 13:37). That he sifted Simon Peter like wheat to deny Jesus (Lk. 22;31). And the devil filled the heat of Ananias and Sapphira to lie for monetary gain (Acts 5:3).

Constantly, the Bible writers warn us against the Devil.

Peter calls him our “adversary” and “a roaring lion seeking whom he may devour” (1 Pet. 5:8)

John says that Satan seeks to elicit sin in our lives to become like Him (I John 3:8).

The apostle Paul constantly warned of the devil in his writings. He described the devil as crafty, clever and cunning. (Eph. 6:11). “Resist the devil,” he urged.

The Devil is evil. He fills the world with wickedness. He spreads envy, jealousy and hate. He is a liar. And a murderer. And He has seduced the hearts of corrupt men and women to propagate his wave of destruction on the human race.

The Devil has declared war on us!

The Devil through his followers divides nations, races and creates chaos among our own people. But more than that, Satan invades our homes with filthy entertainment. Fills our minds with lustful thoughts. Floods the internet with suggestive and outright lurid solicitations.

So, isn’t it time we declare war?! War on the Devil! He is the Great Satan. The venomous serpent. The dangerous dragon.

Satan assaults our churches. Our homes.   Our marriages. Our youth. Our very minds.

We’re in war. Let’s fight for our families. Our fellowship. And our spiritual purity.