Word of the Week: Happiness

“Where is happiness?” asked minister Clarence Macartney. He debunked the answers most people give with several illustrations from the history of prominent people.

The 18th century British poet Lord Byron who lived a hedonistic life, learned that happiness is not found in pleasure. He wrote “The worm, the canker, and the grief are mine alone.”

Happiness is not found in money learned the 19th century American Financier, Jay Gould. Although known for his ruthless and unscrupulous business practices, he became wealthy. When dying, Gould lamented, “I suppose I am the most miserable man on earth END_OF_DOCUMENT_TOKEN_TO_BE_REPLACED 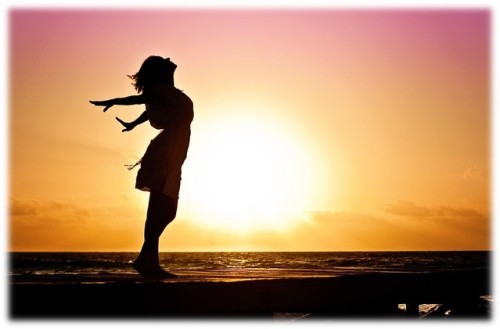 Yesterday I caught just a bit of the Today Show and a segment they’re doing on happiness. They were interviewing an author whose name I missed and then revealed the happiest places in the world.

Last night our church family gathered for a New Year’s Eve Party.  We ate.  We sang.  We laughed.  We played games.  We even had a balloon drop at midnight.  And we hugged and wished each other a HAPPY NEW YEAR!

HAPPY NEW YEAR!  Those words have a special ring to them.  They are filled with joy.  Excitement.  Expectation. And well-wishes.  They usher in the new year with a renewed hope.  Optimism for better days ahead.  The feeling of a fresh start.  A clean slate.  The opportunity to begin anew. END_OF_DOCUMENT_TOKEN_TO_BE_REPLACED

Happiness and Holiness Go Together

Yesterday’s post, “Happiness is a Choice, spoke to the importance of true happiness. Not a pseudo happiness based on the world’s definition, but a happiness that is spiritually focused.  Biblically-based.  And God directed.

Today I want to share a piece written from a little different angle by Rubel Shelly.  While my views on some other spiritual matters might differ from Shelly’s , I found this interesting, insightful and challenging.  I hope you do too! END_OF_DOCUMENT_TOKEN_TO_BE_REPLACED

Happiness is a Choice!

Bruce Bakker is a friend of mine. Along with his wife, Barbara, and their daughter, Kim, He’s a part of the Church-Family where I preach. And one of the most cheerful guys I know!

Yesterday he had hip replacement surgery. I don’t believe I’ve ever seen anyone go into surgery with a more positive attitude than Bruce. He was jovial. Joyful. And positive. Plus he had that big, infectious smile on his face. END_OF_DOCUMENT_TOKEN_TO_BE_REPLACED

Are You Happiness Driven? Or Joy Filled?

Sunday’s post raised the question “Is the purpose of life to be happy?”

In it we spoke of the happiness craze in our country today. However, we pointed out that life is about purpose. Meaning. Significance. We received many good responses including one from reader, Leslie Maddox who commented, “Love this! Contentment/Joy is different from happiness, but I’m afraid that most people don’t make the distinction.”

Thank you Leslie! What a great observation.  So, what is the distinction and difference between joy and happiness? END_OF_DOCUMENT_TOKEN_TO_BE_REPLACED

Is The Purpose of Life to be Happy?

Leo Rosten, the Polish born Jewish writer once wrote, “The purpose of life is not to be happy. The purpose of life is to matter, to be productive, to have it make some difference that you lived at all. Happiness, in the ancient, noble verse, means self-fulfillment and is given to those who use to the fullest whatever talents God or luck or fate bestowed upon them.”

Really? Where did Rosten ever get that idea? END_OF_DOCUMENT_TOKEN_TO_BE_REPLACED