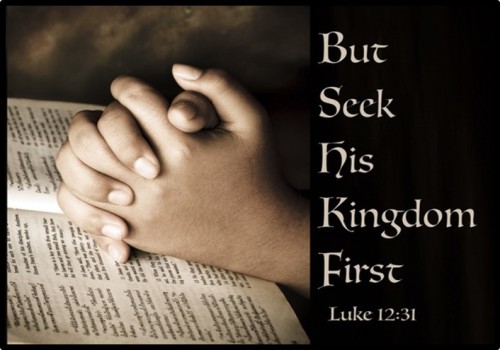 By age 12 he was playing the French Horn. By 15, he was performing professionally with the great Jazz musicians of his era. He was the first black musician to break the color barrier in Hollywood as a composer. He’s earned 27 Grammys, including a Grammy Legend award in 1991. And he achieved notoriety for composing the score of The Color Purple.

However, Quincy Delight Jones Jr, who will turn 87 in March, has suffered a lot of trials in life. He’s been married three times. Endured an emotional breakdown. Survived two brain surgeries. And once faced a life-threatening surgery for an aneurysm. The surgeons said his chances of recovery were 1 in a 100. But he beat the odds.

Following this last operation, he was asked, “What have you started doing differently?”

Jones replied, “The first thing I started doing was hugging a lot. When you get to be 50, you start dealing with the countdown, and you can deal with it in a positive or a negative way. I [see] this little life to be this great gift. You know that old cliché about your life passing in front of you? Well, it really does.”

I don’t know if Quincy Jones claims to be a Christian. But he’s right about three things. (1) Life is a gift. (2) It passes by pretty quickly. (3) It’s good to prioritize what’s important to you.

Jesus, however, offered even greater and deeper insight in Luke 12:22-31. The text follows Jesus’ retort to the man who wanted him to arbitrate in a dispute with his brother about their his father’s inheritance when he warned. “Take heed and beware of covetousness, for one’s life does not consist in the abundance of the things he possesses.”

Then he told the famous parable about the foolish rich farmer, who was self-absorbed in his wealth, crops, business expansion, and earthly ease that he forgot God. Following that he told the disciples not to worry about tomorrow. Don’t anxiously fret over material concerns, because God will provide just like he provides for all His creation. Then he admonished them and us with these words.

Consider these few simple points from this challenging text.

(1) Concentrate on the kingdom. Kingdom living involves the rule of God in your life (Lk. 17:21). The exaltation of King Jesus in your heart. It is within you. It transcends the physical. It is spiritual. And it is the most important treasure you could ever obtain (Matt 13:44-46).

(2) Realize that righteousness is not an ideal to be admired, but a life to be lived.

Earlier Jesus exhorted us to “hunger and thirst after righteousness” (Matt 5:3) We should crave it. Ardently desire it. And passionately pursue it. And remember, He wants us to seek His righteousness, not ours (Rom. 10:6). Thankfully, we are not left in the dark about the nature of the righteous life, it is revealed in the Gospel (Rom. 1:16-17).

Ultimately God’s righteousness should issue itself in a new life. The Bible says that we should “put on the new man which was created according to God, in true righteousness and holiness” (Eph. 4:23)

(3) Seek the Kingdom and His righteousness.

Seeking involves searching. Soliciting. And striving. It is active. Not passive. A seeker is always alert. On guard. And vigilant.

“Seek and you shall find,” Jesus promised. We find what we’re looking for. Is it earthly ease? Material treasure? Or personal pleasure?

Paul commanded young Timothy to “Flee also youthful lusts; but pursue righteousness, faith, love, peace with those who call on the Lord out of a pure heart” (2 Tim. 2:22)>

(4) Get Your Priorities Straight.

Ultimately this passage is about the proper priorities in life. Seek God’s righteousness instead of just doing acts of righteousness. Develop a relationship with Jesus instead of just saying your prayers. Solicit the solitude of the Spirit instead of pretending to be pious. Work at being conformed to the Divine nature, instead of worrying so much about your own image.

Yes, life is a gift. Life is short. And while hugging others is good, getting right with God is better. Make it your priority.