Word of the Week: Willpower 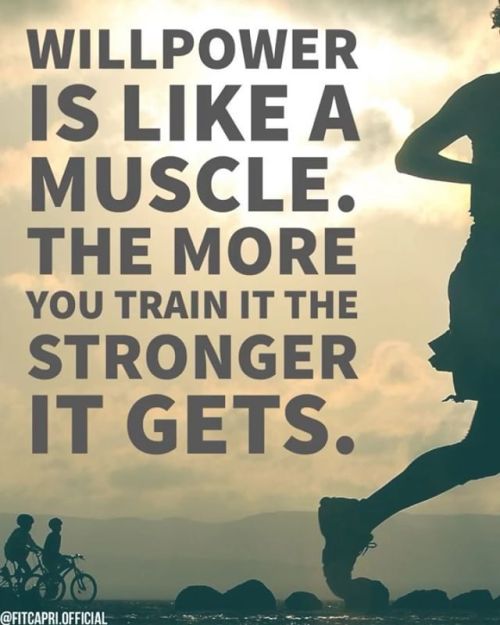 I recently read about a woman in a diet club who was lamenting that she had gained weight.

She reported that she’d made her family’s favorite cake during the weekend and half of it was eaten at dinner.

The next day, she said, she kept staring at the other half until finally, she cut a thin slice for herself. One slice led to another, and soon the whole cake was gone. The woman went on to tell us how upset she was with her lack of willpower and how she knew her husband would be disappointed.

Everyone commiserated until someone asked what her husband said when he found out.

She smiled. “He never found out. I made another cake and ate half of it!”

This woman’s lack of willpower, her attempt to hide it, and then joke about it, speaks to a problem that many of us can relate to. Whether we’re talking about weight control, tackling our to-do list, finishing an important project, exercising, keeping up with our Bible reading program, or ridding ourselves of a bad habit, all of it comes back to willpower.

Willpower is defined as “the control of one’s impulses, urges, emotions and actions; self-control.” Pat Elphinstone quipped that “Willpower is being able to eat just one salted peanut.”

Willpower is a vital quality in every important endeavor in life. “Willpower is the key to success,” wrote author, Dan Millman, who specializes in personal development. “Successful people strive no matter what they feel by applying their will to overcome apathy, doubt, or fear.”

Legendary football coach Vince Lombardi observed, “The difference between a successful person and others is not a lack of strength, not a lack of knowledge, but rather a lack of will.”

“Few things are more powerful than willpower,” wrote author and evangelist Gary Henry. “If there are situations that require the use of physical power, there are many more that require intellectual, emotional, and volitional power.”

While the word “willpower” is not found in the Bible the concept is inherent in the virtues of “self-control,” “temperance,” and “discipline.” Paul’s exhortation to “crucify self” calls for willpower (Gal. 2:20). Walking after the spirit and not according to the carnal desires of the flesh demands willpower. Growing in the fruit of the spirit in the areas of love, joy, peace, patience, kindness, goodness, faithfulness, gentleness and self-control requires great willpower (Gal. 5:17-26).

These passages remind us that willpower reaches in two directions. First of all, it’s a necessary ingredient for growth. Willpower causes us to do the things that we know we need to do whether we want to or not. Victor Hugo was right when he wrote,“People do not lack strength; they lack will.” God will provide the strength. We must furnish the willpower.

Every Christian claims they want to go to heaven. But do we exercise the will to work, grow, and mature spiritually? Hall of Fame basketball Coach Bob Knight has often said, “The will to win is not nearly as important as the will to prepare to win.”

Secondly, willpower is needed to overcome temptation. To say “no” to Satan. The various manifestations of fleshly lusts creep into our thoughts and actions when we fail to exercise willpower over our carnal desires. The Bible warns, “Be sober-minded; be watchful. Your adversary the devil prowls around like a roaring lion, seeking someone to devour” (1 Pet. 5:7)

Willpower is developed and grows stronger when we’re engaged in the spiritual disciplines of prayer, Bible study, meditation, and worship, and daily exercising ourselves in godliness. The prolific author, anonymous, reminds us “Willpower is like a muscle: The more you train it. The stronger it gets.”

Willpower is connected to purpose. To a goal greater than one’s self. To something bigger and beyond this life. Benjamin Disraeli put it this way, “Nothing can withstand the power of the human will if it is willing to stake its very existence to the extent of its purpose.”

Finally, willpower is the fundamental ingredient of perseverance and persistence. As one Nike’ commercial urges, “Willpower knows no obstacles. Find your greatness.”

May our daily prayer be, “Dear Lord, give me the strength to exercise my willpower so I may do your will.”

5 responses to “Word of the Week: Willpower”