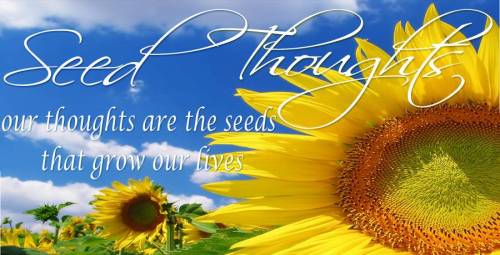 “All that I am, or ever hope to be, I owe to my angel mother,” once reflected President Abraham Lincoln.

I’m sure Lincoln’s sentiments are the feelings of many of us as we approach a celebration of mother’s day this year.

The two most influential women in my life have been my mother, Mattie Weliever, and my wife, Norma Jean, the mother of our children. My life is better, stronger, and richer because of their profound influence in my ministry.

My mother, Mattie Weliever, passed from this life December 29, 2009. But her memory burns bright in my heart. She was a role model of godliness, virtue, and devotion. In childhood, she instructed me. In life, she encouraged me. In death, she continues to motivate me to be a better man.

The origin of honoring mothers on a special day goes back 100 years. Anna Marie Jarvis was 12 years old when she got the inspiration for a special day celebrating mothers.

Her mother was teaching a Bible class on “Mothers of the Bible.” At the end of class, Mrs. Jarvis said, “I hope that someone, sometime will found a memorial mothers day commemorating her for the matchless service she renders to humanity in every field of life. She is entitled to it.”

At her mother’s graveside service in 1905, Anna recalled those words and determined to honor her mother and said, “by the grace of God, you shall have Mother’s Day.”

In 1907 she began an aggressive campaign to establish a national “Mother’s Day.” In 1908 was the first “Mother’s Day celebration in the city of Philadelphia. Mrs. Jarvis was a fluent speaker and eloquently promoted her cause, using every platform at her disposal.

After enlisting the support of philanthropist, John Wanamaker, her campaign began to gain greater support. By 1909, 45 states observed Mother’s Day. Then in 1914, President Woodrow Wilson made the official announcement proclaiming Mother’s Day as a national holiday to be held on the second Sunday of May.

In some circles today the respect for motherhood has been diminished and taken a back seat to the professional, career woman. Too often mothers are systematically marginalized by a society that accords greater respect to a working mother. Working mother? What about the woman who works 24/7 caring for, raising, teaching, comforting and providing for the daily and hourly needs of her children, as she guides and manages a household? Never ask a “full-time mother”, if she works!

Over 200 verses in the Bible speak about mothers. Their role. Their responsibility And the respect they deserve. The Bible is filled with specific stories about godly mothers and the example they serve for us.

These great Bible mothers teach young mothers today lessons of love, patience, perseverance, persistence, humility, kindness, commitment and devotion. They all are worthy examples of the power of a spiritual influence in the life of a child.

The wise man has a good bit to say about the role and respect children should give to their mothers.

“Let your father and your mother be glad, And let her who bore you rejoice.” —Prov 23:25

“Listen to your father, who gave you life, and do not despise your mother when she is old.” –Prov. 23:22

On this Mothers Day, and each day, may we heed the Biblical exhortation to “honor your mother.” (Eph. 6:2).