Word of the Week: Humility 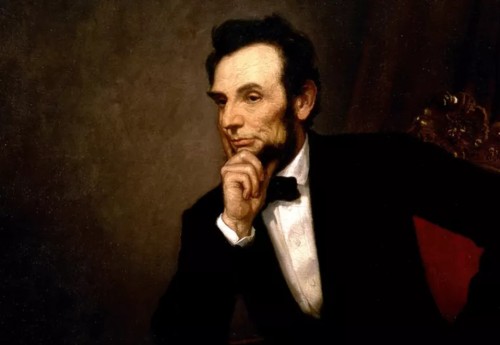 Recently Norma Jean and I visited Gettysburg, PA,  and toured the civil war battlefields where there were over 50,000 causalities in just three days. It was a sobering experience to reflect on this period in our history.

It was there that President Abraham Lincoln dedicated the National Military Cemetery on November 19, 1863. Ironically, politician and orator Edward Everett was slated to give what was called “The Gettysburg Address.” His oration was 13,607 words and lasted two hours.

Lincoln followed Everett with a 272-word address that has become known as “one of the greatest and most influential statements of national purpose.” Supposedly Everett told Lincoln afterward that the President said more in 2 minutes than he did in two hours.

During the war, Lincoln once got caught up in a situation where he wanted to please a politician, so he issued a command to transfer certain regiments. When Secretary of War Edwin Stanton, who had been a political enemy of Lincoln’s received the order, he refused to carry it out. He said that the President was a fool.

When the President was told what Stanton had said, he replied, “If Stanton said I’m a fool, then I must be, for he is nearly always right. I’ll see for myself.” As the two men talked, the President quickly realized that his decision was a serious mistake, and without hesitation, he withdrew it.

Lincoln was not only “honest Abe,” he was “humble Abe.”

Humility is a forgotten virtue in our day not only among politicians but our society in general. It fact, it is almost a scorned quality. Often a humble person in our culture is perceived as being weak. cowardly or fragile.

Christianity teaches the very opposite. Both Peter and James remind us that, “God resists the proud, but gives grace to the humble.” (1 Pet. 5:5; Jas 4:6)). The wise man said. “When pride comes, then comes shame; but with the humble is wisdom” (Prov.11:2).

Part of our problem with humility is a misunderstanding. Humility is not self-depreciation. R.C. Trench observed that humility, “does not demand undue self-depreciation but rather lowliness of self-estimation and freedom from vanity.” The humble person is free from pride, arrogance and a spirit of haughtiness in his accomplishments and achievements. His success, whether it is physical, material, financial or spiritual is received with appreciation and enjoyed with thankfulness to God.

The Greek philosophers despised humility because they believe it implied inadequacy, lack of dignity and worthlessness. This is not true. Jesus was humble (Matt 11:29). He lived a humble life in his relationships with others. He demonstrated His humility in washing the disciples’ feet (John 13:4-17). And He exemplified humility in dying on the cross for our sins. To grow in humility, we must heed the exhortation of Paul, “Let this attitude be in you which was also in Christ Jesus.” (Phil 2:5).

A humble person, like Jesus, focuses more on the Father than on self. He is more interested in others than his own personal desires. It is not a belittling spirit, but a giving and sharing spirit. It is not self-directed, but others directed.

A humble person also recognizes his spiritual inadequacy and his inability to save himself. There is a realization and admission that “I need the Lord.” The prophet was right when he wrote, “The way of man is not in himself. It is not in man that walks to direct his steps” (Jer 10:23). Indeed “the steps of a good man are ordered (directed ) by the Lord” (Ps.37:23). This is the essence of humility.

Lincoln’s words from his proclamation of a national fast on March 30, 1863, serve as a warning to a nation that is too often lifted up with self-intoxicating pride.

We have been preserved, these many years, in peace and prosperity. We have grown in numbers, wealth and power, as no other nation has ever grown. But we have forgotten God. We have forgotten the gracious hand which preserved us in peace, and multiplied and enriched and strengthened us; and we have vainly imagined, in the deceitfulness of our hearts, that all these blessings were produced by some superior wisdom and virtue of our own. Intoxicated with unbroken success, we have become too self-sufficient to feel the necessity of redeeming and preserving Grace, too proud to pray to the God that made us!

5 responses to “Word of the Week: Humility”