Girls And Boys Are Real 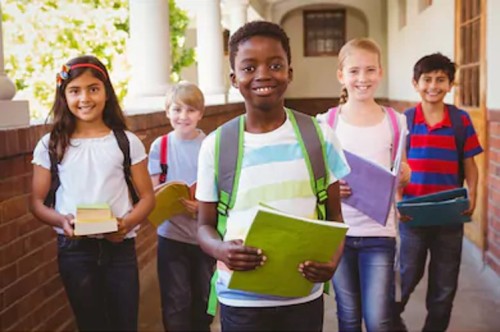 While we are enjoying the cooler Canadian weather this summer and the wonderful fellowship of our Ontario brethren, our neighbors to the North are not any better off when it comes to the culture wars we’re fighting in the US.

The Toronto Sun recently reported that a Canadian family, Jason and Pamela Buffone, filed a civil rights complaint when their 6-year-old daughter became confused over her gender identity.

Apparently, the first-grade teacher showed her class a YouTube video titled, “He, She and They?!?—Gender: Queer Kid Stuff #2.”

“The video contained statements such as, “some people aren’t boys or girls,” and that there are people who do not “feel like a ‘she’ or a ‘he,'” and therefore might not have a gender.”

“There’s no such thing as boys and girls,” the teacher reinforced.

When the parents met with the teacher she defended her actions saying the teaching of gender fluidity was a school board policy, and she was committed to teaching it due to “a change in society.”

The Buggones said their daughter had never had a problem at school or expressed any apprehension about her gender until this issue was raised in her class. Now, she was upset and confused and wanted to go to the doctor to see if she was a girl.

After meeting with the teacher, school officials and the board superintendent, the Buggeons were “tired of being stonewalled,” withdrew their daughter from the school and enrolled her in another school, where she is doing well in her studies and no longer confused about her gender.

“A poisoned environment” describes the culture in both of our countries when it comes to so-called “enlightened thinking” regarding sexual orientation, marriage and gender identity.

The Bible warns us that Satan disguises himself as “an angel of light,” to deceive, dupe and destroy. So it should not be surprising that his minions masquerade in a similar manner. The devil has employed big government, public schools, a misguided media, and the hedonistic entertainment industry to poison people’s minds against God, Jesus and Biblical values. Parents, don’t be deceived. Evil influences corrupt our minds and morals (1 Cor. 15:33).

As a kid growing up in central Indiana, I knew, and so did most everyone else, that there were only two genders–male and female. And that marriage was between a man and a woman. We knew it intuitively and by observation. But, if that wasn’t apparent, God told us.

“So God created man in His own image; in the image of God He created him; male and female He created them” (Gen. 1:27).

There are 56 verses in the Bible that refer to “male and female” including Jesus’ pronouncement in Matthew 19:4. “Have you not read that He who made them at the beginning ‘made them male and female.”

Then Jesus added, “For this reason, a man shall leave his father and mother and be joined to his wife, and the two shall become one flesh.”

Male and female. Man and woman. Husband and wife. Father and mother. Two genders made by God. Not three. Not transgender. Or no gender.

It’s incredible, but obviously necessary, that parents, pastors, and preachers must resist and repel the ridiculous gender teaching in our society by reinforcing God’s word regarding the gender and sexuality of our young people. The devil and his cohorts will seek to confuse their young minds and corrupt their morals. We must offer sensible answers. And give them confidence in their identity.

This is another example of when standards are abandoned then truth becomes subjective.

Christian parents, don’t allow the secular left to raise and indoctrinate your children. Be sure you are bringing them up “in the training and instruction of the Lord” (Eph 6:4).

5 responses to “Girls And Boys Are Real”