Great Verses of the Bible: 1Thessalonians 5:18

Matthew Henry was a well-known, British Bible scholar and Preacher who lived from 1662 to 1714. His commentaries on the Old and New Testament are still in print today.

One day Dr. Henry was riding his horse on the way to a church meeting where he was the guest speaker. As he journeyed through the dense forest a masked bandit suddenly appeared with a gun. He demanded that Henry dismount and hand over all of his money. Fearing for his life, he quickly complied as the robber returned into the woods. 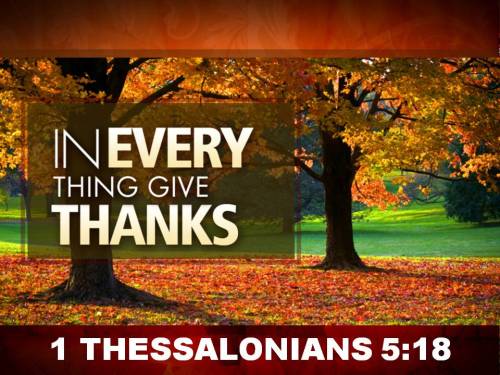 END_OF_DOCUMENT_TOKEN_TO_BE_REPLACED

Tagged as 1 Thessalonians 5:18, Great Verses of the Bible