Watch Out For Word Rage 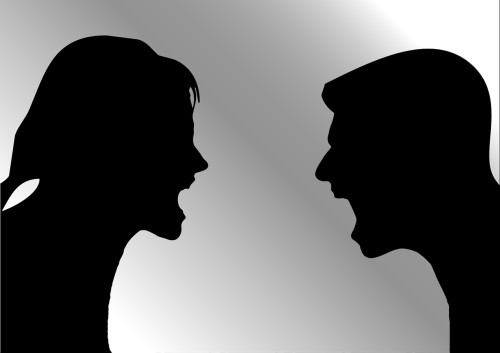 “Word rage” is how my friend and preaching colleague, Wilson Adams, framed it. I don’t know if he coined the term or not, but it’s descriptive of a pervasive problem among people.

In a recent facebook post Wilson wrote, “Social media is becoming akin to the psychological phenomenon of road rage. Psychologists tell us when some get behind the wheel of a car, their personality morphs into unrestrained aggressiveness. Suddenly the mild-mannered become the wild-mannered. Oddly, the driver’s seat gives them permission to see red.”

“Apparently the keyboard does too,” Observed Wilson. He continued by issuing this warning and admonition.

“Keyboard-aggressiveness… For some inexplicable reason, people feel the right to sound off on social media without any semblance of sensitivity. Let’s call it what it is: Word Rage.”

Wilson was right when he wrote, “It’s not about having convictions or stating what you believe. It’s about doing so with speech ‘seasoned with salt.’ It’s about treating others, as you want to be treated.”

The Bible speaks of “word rage” with these warnings.

“Let all bitterness, wrath, anger, clamor, and evil speaking be put away from you, with all malice. And be kind to one another, tenderhearted, forgiving one another, even as God in Christ forgave you.” (Eph 4:31-32)

“But now you yourselves are to put off all these: anger, wrath, malice, blasphemy, filthy language out of your mouth. Do not lie to one another, since you have put off the old man with his deeds” (Col 3:8-9)

“So then, my beloved brethren, let every man be swift to hear, slow to speak, slow to wrath; for the wrath of man does not produce the righteousness of God.” (Jas 1:19)

“Word rage” is often evidenced in road rage with angry outbursts hurled at other drivers on the highway. You may not be able to hear them. But you sure can see it. And occasionally read their lips.

“Word rage’ is sometimes heard in our homes as husbands and wives hurl hurtful accusations that impugn motives and assign blame.

“Word rage” has sadly reared its ugly head in church business meetings through the years with ugly epitaphs directed toward brothers in Christ.

“Word rage” may be a venomous, slanderous attack to besmirch the character of an innocent “friend” or neighbor.

“Word rage” is too frequently expressed, as Wilson lamented, in unkind and vicious exchanges on facebook or other social media.

“Word rage” has been known to find its way into the pulpit, brutally attacking brethren or unbelievers under the guise of “sound preaching.”

“Word rage” exacerbates our anger. Appeals to our baser instincts. Fuels feelings of antipathy. Feeds our carnal desires. And, even increases our blood pressure! “Word rage” is bad for you. Physically. And spiritually.

“Word rage” does not produce the righteousness of God. Properly represent the “new man” in Christ. Nor present us ‘holy and acceptable to God.”

The antidote to “word rage” is crucifying self (Gal. 2:20). Being clothed with kindness, compassion, gentleness and patience. And finding the willingness to “bear with each other and forgive what grievances you have against one another” (Col. 3:12-13).

In a word the answer to “word rage” is love.

The 3,000 year old advice of the wise man is worth heeding today. “A soft answer turns away wrath, but a harsh word stirs up anger” (Prov 15:1).

3 responses to “Watch Out For Word Rage”