The Radical Teachings of Jesus 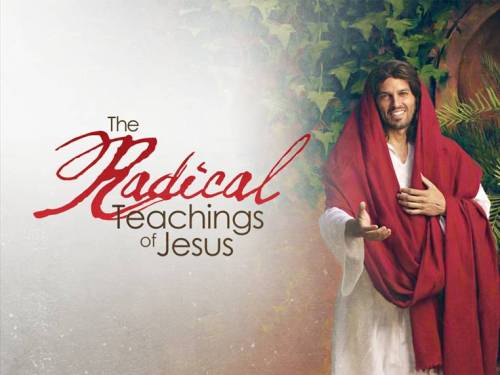 This quarter at Hickman Mills we are studying Jesus’ Sermon on the Mount. Though I have read, studied and taught it many times, it is always fresh, rich and challenging with modern-day application.

The study reminded me of a story  related  years ago by Phillip Yancey, in his book “The Jesus I Never Knew,” about a Texas A&M professor, Virginia Stern Owens, who assigned her students to write a short essay on the sermon on the mount. Here’s a sample of some of the student’s reactions:

“The stuff the churches preach is extremely strict and allows for almost no fun without thinking it is a sin or not.”

“I did not like the essay ‘Sermon on the Mount.’ It was hard to read and made me feel like I had to be perfect and no one is.”

“The things asked in this sermon are absurd, To look at a woman is adultery. That is the most extreme, stupid, unhuman statement that I have ever heard.”

I never thought about calling something Jesus said “stupid.” But these reactions are an indication that many people find the sermon offensive, astringent, and impractical.

One writer refers to Jesus’ message as “Radical Teachings.” I guess they are in today’s culture that clearly rejects Christian values, moral guidelines and Divine absolutes.

But the issue is not confined to university class rooms. Or among younger people. Or from a particular political party. Or even a specific Presidential candidate. It is a pervasive problem in our nation.

What is a Christian to do? Where do to we turn? How do we respond?

Jesus provides the answers. Profound, yet simple. Challenging, yet doable. Age-old, yet relevant.

The Sermon on the Mount, called by some the Magna Charta of the Kingdom, points the way to a better life. A fresh perspective. A new you. Even a more civil society.

However, Jesus’ purpose in coming to earth was not to invoke societal change. It was to save us from sin. To call sinners to repentance. To prepare us spiritually for eternity. That was His mission. His ministry. His message.

Yet, if you sit down and quietly read the Mountain Message in Matthew chapters 5-7, you will soon realize a serious application of these principles would change the world. Think about it!

What if people were more concerned about righteousness than wealth? About purity instead of sensual passion? About others’ needs instead of their own selfish interests?

What if there was more emphasis on the inward person instead of the outward? What if attitudes were taken as seriously as actions? And fear was replaced with faith?

What if we were honest? Sincere? Real? And we lived our lives without hypocrisy?

What if we prayed instead of pouted? Practiced self-control instead of self-indulgence? And forgave instead of held grudges.

What if we were more compassionate and less judgmental? Really loved our enemies? And actually went the second mile?

What if we held ourselves to the same standard as others? Sought God instead of ignoring Him? And really obeyed Jesus instead of giving lip service to Him?

What if our righteousness was real? Genuine? Authentic? Instead of pretentious? Flaunting? Or dubious?

Well, it sure would be a different world, wouldn’t it?!

We may be inclined to say, “That’s impossible! The world will never change!” That may well be. But what about you? And me?

Jesus called Christians to be “the salt of the earth” and “the light of the world.” To be influencers for good. Glorifiers of God.

So, in the midst of a corrupt culture, instead of cursing the darkness, let us light a candle. Who know? The difference it makes may lead one more person to the Lord.

Radical? Yes. But worth the effort.

5 responses to “The Radical Teachings of Jesus”