IT’S FRIDAY. BUT SUNDAY’S COMING! From Groaning to Glory

People were in a hurry.  Pilgrims  jammed the roads into Jerusalem.  Preparations were being made to celebrate the Passover.  And offer the Paschal lamb.

Ironically, few realized that God’s prophesied Paschal Lamb was being offered that very Friday.  And those who saw  Jesus’ crucifixion  had little idea of what was really happening.

Tagged as Cross, It's Friday. But Sunday's Coming, resurrection

Four Ways You Can Be A Blessing

In an old Peanuts cartoon Lucy marched in and demanded that her brother, Linus, change television channels.

“What makes you think you can walk right in here and take over? asks Linus.

“These five fingers,” says Lucy. “Individually they’re nothing but when I curl them together like this into a single fist they form a weapon that is terrible to behold.” END_OF_DOCUMENT_TOKEN_TO_BE_REPLACED

The High Cost of A Deadly Snake Bite

Eric Ferguson was taking out the trash last August from his Mooresville, N.C. home when he was bitten on the foot by a poisonous snake.  He drove himself to the Lake Norman Regional Medical Center.  However, the bite that stung the most was the hospital bill! END_OF_DOCUMENT_TOKEN_TO_BE_REPLACED

What’s the Real State of the Union?

Tonight President Obama will deliver the traditional state of the union address.

CNN’s John King claims this year’s speech will be “a defining moment for President Obama.” Fox correspondent, Britt Hume opined that  State of the Union speeches don’t mean much.  And soon are largely forgotten.

Tagged as America, President Obama, State of the Union

Word of the Week: Forgive

Russell Sedelmaier had cleaned Ivon and Eileen Harris’ home once a week for five years.  He had the keys to their home.  They trusted him.  He was a man described by those who knew him as “easy-going, even friendly.”  And while Sedelmaier had his share of trouble, hard luck, and minor skirmishes with the law, no one saw this coming.  Certainly not the Harrises. END_OF_DOCUMENT_TOKEN_TO_BE_REPLACED

IT’S FRIDAY. BUT SUNDAY’S COMING! Come Home. All is Forgiven.

Earnest Hemingway, in The Capital of the World, tells a popular Spanish story about a father and his son named “Paco.”

Paco was rebellious.  Disobedient. Defiant.  And irresponsible.  Unwilling to follow his father’s rules, he preferred his own way of living.  One evening in the heat of an argument, Paco hurled some hurtful and hateful words at his father.  Packed up his few possessions.  Stomped out the door, slamming it behind him.  And traveled to Madrid.  Hoping to never see his father again.  END_OF_DOCUMENT_TOKEN_TO_BE_REPLACED

Tagged as Earnest Hemingway, Forgiveness, It's Friday. But Sunday's Coming, The Capital of the World

Everyone Deserves the Same Freedom, Including the Unborn

Yesterday The White House released a statement from President Obama, which in part read…

“Today, as we reflect on the 41st anniversary of the Supreme Court decision in Roe v. Wade, we recommit ourselves to the decision’s guiding principle: that every woman should be able to make her own choices about her body and her health….. Because this is a country where everyone deserves the same freedom and opportunities to fulfill their dreams.”

Contrast the President’s statement with this one: END_OF_DOCUMENT_TOKEN_TO_BE_REPLACED

Did He Really Say That?

In a shocking speech that is reverberating across the world, Pope Francis made this declaration in the third Vatican council.

“Through humility, soul searching, and prayerful contemplation we have gained a new understanding of certain dogmas. The church no longer believes in a literal hell where people suffer. END_OF_DOCUMENT_TOKEN_TO_BE_REPLACED 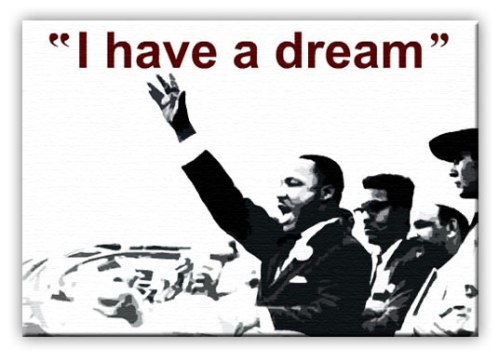 I was a 15-year-old kid beginning my Sophomore year when Dr. King gave his famous “I Have A Dream Speech.   The civil rights movement hadn’t come to rural Indiana.  We had no black neighbors.  There were no black kids in my school.  And no black families attended the church where we worshiped. END_OF_DOCUMENT_TOKEN_TO_BE_REPLACED

Tagged as "I Have a Dream", character, Jr, Martin Luther King

Word of the Week: Humble

Today Abraham Lincoln is regarded as one of our greatest Presidents. However, at that time he had many political enemies including Edwin Stanton, who looked down on Lincoln with great disdain.    Among other unkind epithets, Stanton described Lincoln as “a long armed ape,” an “ignoramus” and “the original Gorilla.”

However, when it came  time to replace Simon Cameron, his first Secretary of War, Lincoln appointed Stanton to the job. His Cabinet  was shocked. But Lincoln believed Stanton was the best man for the job. END_OF_DOCUMENT_TOKEN_TO_BE_REPLACED