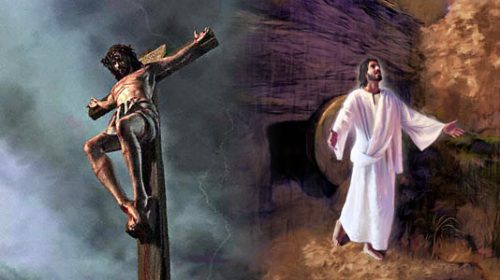 He may not be the “Second Coming,” but his Mom thinks he’s pretty special!  And she believes she has the right to name her baby whatever she chooses!

Jalessa Martin, a Newport, Tennessee woman, recently sought a court order to establish paternity for her baby boy.  The request also included a ruling on the child’s last name, since Jalessa and the boy’s father couldn’t agree.

However,  Child Support Magistrate Lu Ann Ballew ordered the child’s first name changed when she learned the mother had named him “Messiah.”

The Cocke County Chancery Court Judge stated that the area of the rural Appalachian foothills, which encompasses part of the Great Smoky Mountain National Park, is a heavily populated Christian area.  She said that a name like Messiah “could put him at odds with a lot of people.”

The East Tennessee Judge declared the baby was to be named Martin DeShawn McCullough, which includes both parents’ last name.  Predictably Ms Martin is upset and says she’ll appeal.  Martin said that Messiah is unique and she liked how it sounded in relation to her other two sons–Micah and Mason.

Judge Ballew is quoted by WBIR-TV as saying,  “The word Messiah is a title and it’s a title that has only been earned by one person and that one person is Jesus Christ.”

Although I’m not a legal scholar, it’s possible the Judge over stepped the bounds of her authority.  I predict the ruling will be overturned.  However, she’s right that “Messiah” is a title.  And Jesus is the only person to have earned it!

The Bible says that Andrew, who later became an apostle heard Jesus speak and followed him.  Then he found is brother, Simon Peter and said,  “We have found the Messiah” (which is translated, the Christ).” (John 1:41).

The word “Messiah” is from a Hebrew word that literally means “The anointed one.”  The Greek equivalent is the English word translated “Christ.”  The New Testament specially calls Jesus the Christ over 225 times.  And 554 times he’s identified in some way as “Christ,” The Messiah.

If Jesus’ birth, life and teaching were not enough to convince us of His Messiahship, then certainly the events surrounding his death, burial and resurrection provide ample evidence.  What happened Friday and what was culminated on Sunday loudly proclaim, “Jesus is Lord!  The Christ!  The Messiah!”

On Friday Jesus fulfilled no less than 28 Messianic prophecies.  He was betrayed by a friend for 30 pieces of silver.  Forsaken by his disciples. Silent before his accusers.   Mocked and ridiculed.  Crucified with criminals.  Given vinegar to drink.  His bones were not broken.  His garments were gambled for.  He was forsaken by God.  And the day ended with him being buried in a rich man’s tomb.  Yes, on Friday he earned the title “Messiah.”

But wait!  What about Sunday?  The Messiah would be resurrected.  The Old Testament prophets predicted it.  Jesus promised it.  And Peter and Paul both preached it.  His flesh did not see corruption.  After only a brief 3 days in the tomb, Jesus returned.  Alive!  And well!

I don’t know what will happen to Jalessa Martin’s 8 month old baby boy.  He may well end up being named “Messiah.”  If he is, I pray when he grows up that he will follow the only man to earn the title “Messiah.”

Unto Jesus Christ, The Messiah, who was, who is, and who is to come, be all the glory, power, might and dominion forever. Amen!

Filed under Cross, It's Friday. But Sunday's Coming!

Tagged as Cross, It's Friday. But Sunday's Coming

7 responses to “IT’S FRIDAY. BUT SUNDAY’S COMING! Jesus the Messiah”