Is America A God Fearing Nation? 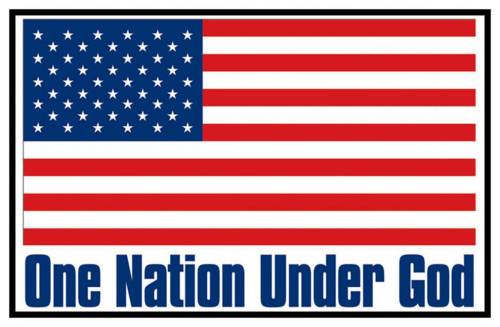 Can you guess which political leader said, “This nation is a God-fearing nation.  We believe in God.”

Actually it was none of the above!  It was William Ruto,  the Deputy President of Kenya!

His remarks were made Sunday in response to President Obama’s comments promoting normalization of same-sex marriage on the first day of his $100 million African tour.

The Kenyan leader said that his country is committed to the nuclear family as taught by the Scriptures, “Those who believe in other things, that is their business,” Ruto said at St. Gabriel’s Catholic Church in Maili Kumi. “We believe in God.  This nation, the nation of Keyna, is a God fearing nation.”

Ruto was the second African leader to take exception our President’s remarks.  Macky Sall, President of Senegal, clashed with the Mr. Obama’s public endorsement of homosexual marriage.  While homosexuality is illegal in Senegal and bans any “improper or unnatural action with a person of the same-sex,” President Sall said his nation is “not homophobic” and is “very tolerant.”

According to LifeSiteNew.com  90% of Kenyans an 96% of Senegalese citizens said homosexuality is immoral.  As a result it is reported that our President drew “harsh criticism…with critics calling it a form of cultural imperialism.”  Little, if anything, has been reported about this by American media outlets.

Isn’t this ironic?  It is America whose pledge of allegiance speaks of “one nation under God.” It is America whose national motto is “In God We Trust.” It is the American Declaration of Independence which we celebrate today that five times mentiions God.  The founding Fathers clearly acknowledged God.  Believed in God.  Respected God.  And recognized Him as Creator, Judge, Provider and Protector.  Yet, it is America who is moving away from God and His divine Word.  We must be reminded by African leaders for the need to be a God-fearing nation.

The Psalmist said, “Blessed is the nation whose God is the Lord.”  (Ps. 33:12).  Truly God has blessed us. We have great wealth, technological resources, educational opportunities, leisure, and the ability to pursue whatever it is we may desire or dream. Yet, it seems that we are less grateful, less religious, and more arrogant and self-reliant that ever.

If we are to truly be a God-fearing nation, we must return to God. Respect Him. Render obedience to the will of God.  On America’s 237th birthday, the words of Jehovah spoken to Solomon are more timely than ever.

If my people who are called by My name will humble themselves, and pray and seek My face, and turn from their wicked ways, then I will hear from heaven, and forgive their sin and heal their land. (2 Chron. 7:14)

America Can Be A God-Fearing Nation, IF we….

(1) Humble ourselves. “A man’s pride will bring him low, but the humble in spirit will retain honor” (Prov. 29:23). We need to be reminded that God has blessed us. Our affluence, success and greatness is the result of a benevolent Creator.

(2) Pray. Humility leads to earnest prayer. Pride takes us away from prayer. Paul exhorted that we should pray for those in authority (1 Tim 2:1-2). More than ever prayer is needed today.

(3) Seek the Face of God. If our nation is to be healed, we must come to the great Physician for the spiritual balm so badly needed. Our 30th President Calvin Coolidge once said, “We do not need more national development, we need more spiritual development.”

(4) Turn from our Wicked Ways.  It is not enough to know what is right, we must do it. We must turn from both the practice of sin and the approval and tolerance of it.

As a result, God promises to hear, forgive and heal.

We would do well to remember the words of President Ronald Reagan who said  “Without God, there is no virtue, because there’s no prompting of the conscience. Without God, we’re mired in the material, that flat world that tells us only what the senses perceive. Without God, there is a coarsening of the society. And without God, democracy will not and cannot long endure. If we ever forget that we’re one nation under God, then we will be a nation gone under.”

10 responses to “Is America A God Fearing Nation?”