IT’S FRIDAY. BUT SUNDAY’S COMING! There Will Be Singing. 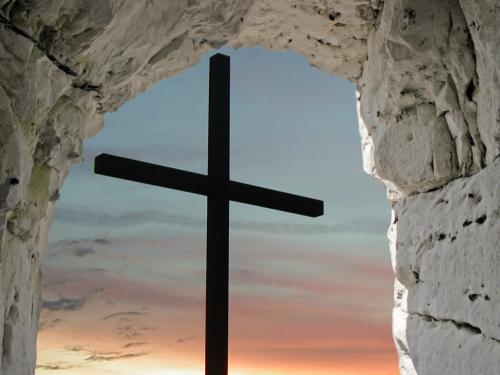 Robert Ingersoll was a notable agnostic of the 19th century. He was a secularist.  His interest was only in the present.  And his is attitude toward Christianity could be summarized in five words, “The Bible is a Delusion.”

Ingersoll suddenly died July 21, 1899.  His family was shocked.  And his stunned wife, reluctant to part with his body, kept it home for several days until health concerns demanded it be removed. His remains were cremated.  In the their book, “The Evangelist and The Agnostic, George and Donald Sweeting wrote, “. . . the public response to his passing was that of hopelessness” The memorial service included the notice, “THERE WILL BE NO SINGING.”

And like the death of Ingersoll, there was hopelessness.  The apostles were scattered.  Dispirited.  Discouraged.  Dismayed.  They hid in fear.  The Teacher was dead.  The cause was lost.  Their future was bleak.  Hope was gone.  It died on a cross.  There was no singing.  That was Friday.

But what they didn’t know….Sunday was coming!

Unlike Robert Ingersoll whose lifeless body returned to the ashes never to breathe again, Jesus Christ came back to life!  He arose!  He returned!  And He revived the hearts of the disciples.  He renewed their hope.  He restored their vision.

And you know what?  There was “singing”!  The tone of the townspeople was no longer muffled. The tune of the skeptics quickly changed. And the sorrow of His followers turned to joy!

At least for Jesus they did.  And Ingersoll?  Well…

One of Robert Ignersoll’s famous lines was given in a speech when he boasted “In twenty-five years the Bible will be a forgotten book.”  Today, Ingersoll and his writing are largely forgotten!  But the Bible lives on as does it’s Author.

Today may feel like Friday.  There may be no song in your heart.  And you may feel all hope is gone.  But just remember, this Sunday when you attend worship, there will be singing!

And if you choose to accept Jesus as Christ, obey His gospel, follow His footsteps and trust in His promises, when you die, there will be singing!  And hope!

Filed under Cross, It's Friday. But Sunday's Coming!, Jesus

Tagged as Cross, Crucifixion, It's Friday. But Sunday's Coming, Jesus, Robert Ingersoll, There will be no singing

2 responses to “IT’S FRIDAY. BUT SUNDAY’S COMING! There Will Be Singing.”