A Passage To Ponder: John 17 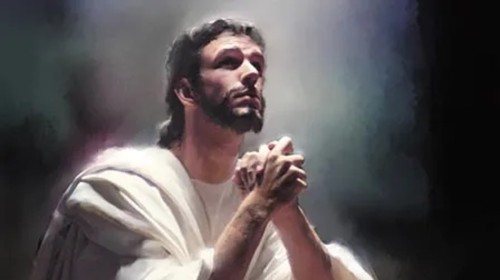 Have you ever heard someone pray whose passion, feeling, and fervor were so intense that their sincere petitions brought you closer to God than you’d ever felt before?

In John 17 we gain deeper insight into Jesus’ relationship with the Father and His thoughts and emotions in the shadow of the cross.

If there ever was a Bible-based three-point sermon, John 17 naturally provides it. Jesus prays for Himself, for the disciples and for all future disciples.

No less than eight times in John’s gospel Jesus speaks of “the hour.” Now the hour has come. The betrayer is coming. The disciples will soon run in fear like scalded dogs. And the cross is in sight.

Some today have incorrectly concluded that the cross thwarted God’s plan. That Jesus’ death put the Divine purpose on hold until some future time. Not so. The cross was not the suspension of God’s plan, but the consummation of it.

Jesus said, “I have finished the work,” and “I have glorified you.” Jesus’ ministry had ended. His mission was about to be fulfilled in His sacrifice for our sins.

Five times in five verses Jesus refers to His purpose in life as glorifying God. He came “to do the will of the Father.” He possessed divine glory before the world was as Deity. He glorified God in His lifework. Even His death. in the supposed shame of the cross, would result in glory. And He would return to glory.

Tenney, in his commentary on John, observes that Jesus’ focus was on four successive petitions for the disciples: Enlightenment. Preservation. Joy. Sanctification.

Some falsely claim that the “red letters” are more important than the “black letters.” In other words, the teaching of Jesus recorded in the biographies must be obeyed. They are Divine pronouncements. But the epistles of the apostles are their opinions of human origin. Not so.

Jesus’ not only taught the apostles but would further teach them through the inspiration of the Holy Spirit. They would be His Ambassadors in the world. So, Jesus’ prayer was for their mission to be successful. For them to remain faithful. For them to find fulfillment in their ministry. And for them to be holy, unstained, and uncontaminated by the world’s defilement.

The preserved letters of Peter, Paul, John, James, Jude, Matthew, Mark, and Luke are a testimony of Jesus’ answered prayer. Their words of admonition, and exhortation continue to provide Divine counsel and encouragement for us today.

Jesus’s final words before Judas’ kiss of betrayal were for the church. For future disciples. For you. And me.

Think of that. We were on His heart. In His mind. And the blessed recipient of His prayer to the Father.

What was His prayer for us?

#1 He prayed for unity among Believers. God never intended for us to be alone. We need each other. We’re were created for community and connection. The filial fellowship of Family is vital. And the oneness of the Body of Christ is necessary for spiritual growth.

#2 He prayed for unity in our witness to the world. The religious confusion and division in the world is not what Jesus wanted. When we allow selfishness, pride, and wordily ambition to splinter us into factious little groups, we’ve repudiated Jesus’ prayer.

The world needs to see the oneness of our faith, hope, and love. That we’re a family of Believers who join hands and hearts to help each other and to minister “to the least of these.”

#3 He prayed for unity with the Father. Division not only ruptures our relationship with each other and is a reproach in our testimony to unbelievers but it fractures our fellowship with God.

Through the revealed Word, Jesus’ completed work, and His powerful example, we too, can “draw near to God.”

If you haven’t yet read Jesus’ prayer, read it now. Or listen to it. It will enlighten, challenge, and bless you.