Did Jesus Commit the Sin of Racism? 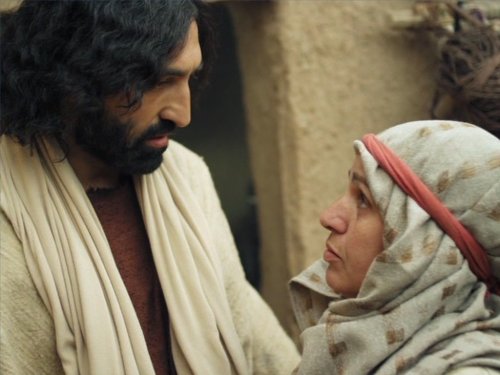 In the video Robertson claims that Jesus used a racial slur in his encounter with the Syrophoenician woman who asked Christ to heal her daughter from a demon (Mark 7:24-30).

Jesus’ response to the request was “Let the children be filled first, for it is not good to take the children’s bread and throw it to the little dogs.”

The woman replied, “Yes, Lord, yet even the little dogs under the table eat from the children’s crumbs.”

Calling her “a dog,” Robertson claims was racist and typical of the “strong biases within the Jewish community” and “especially against the woman, who was Syrian and Greek.”

He further opines, “I love this story because it’s a reminder that Jesus is human. He had prejudices and bias. And when confronted with it, He was willing to do His work. And this woman was willing to stand up and speak truth.”

“Her boldness and bravery to speak truth to power actually changes Jesus’ mind. Jesus repents of His racism and extends healing to this woman’s daughter,” he concluded.

There are several things wrong with Brandan Robertson’s analysis.

First of all, the Bible clearly teaches that Jesus never sinned.

Peter clearly affirms Jesus “committed no sin, neither was deceit found in his mouth” (I Pet. 2:22).

Furthermore, the Hebrew writer states that Jesus was the perfect, sinless High Priest because he was “holy, innocent, unstained, separate from sinners” (Heb. 7:26).

To say that Jesus committed any sin is a blasphemous rejection of God’s Word and in itself a slur against the Son of God.

While Jesus’ response to the woman seems a bit out of character, as He first ignores her before making the comment about giving food to the dogs, Jesus often used tactics to test, challenge, and reveal people’s faith in him. This is one of the occasions.

Bible commentator, William Barclay, says Jesus didn’t use the usual word for dog which referred to wild, scavengers roaming the streets. Instead, he used “a diminutive word which described… the little pet lap-dogs of the house. In Greek, diminutives are characteristically affectionate. Jesus took the sting out of the word.” Barclay even suggests that Jesus may have been “speaking with a smile.”

It’s also observed that the text doesn’t provide us the tone of voice, body language, demeanor, or facial expression of Jesus.

Thirdly, Jesus came to do the Father’s will and establish a Kingdom that would be inclusive.

His ministry is punctuated with various encounters with Gentiles, Samaritans, women, tax collectors, and sinners who were disenfranchised and considered outcasts of society, or second-class citizens at best. The Great Commission was given to take the saving Gospel to all people, nations, races, and ethnic groups. The “bread of life”, not just “crumbs” was eternally intended to feed the Gentile world.

There never was a racist bone in Jesus’ body. And not a single sin either.

Brandan Robertson is typical of the far left, liberal-leaning theologians of today’s world who twists scripture, rejects the plain teachings of the Bible, undermines the Deity of Jesus, promotes or engages in a lifestyle abhorrent to Jesus, and is more concerned with social justice issues than proclaiming the simple, saving message of the Gospel of Christ.

Both Jesus’ and Peter’s admonition to beware of false teachers continues to serve as a fair and needful warning. They appear in the theological, politically-correct robes of sheep clothing. But inwardly they are ravenous wolves.

4 responses to “Did Jesus Commit the Sin of Racism?”