Word of the Week: Risk 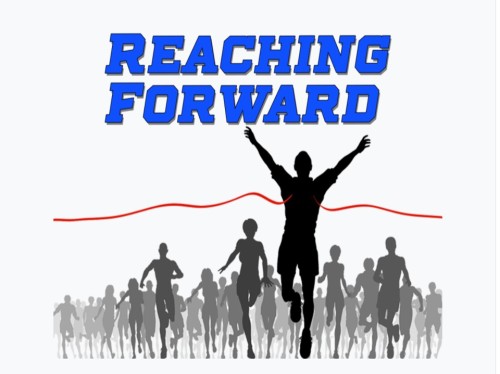 “Most of us think of risk as a negative situation we should avoid,” writes David Jeremiah in his book, Forward.

“But risk is a part of life, he observes, and it’s a big part of faith. Not every risk is worth taking but if you’re too overwhelmed by fear to correctly assess a situation, you’ll miss many opportunities for growth, increased strength, deeper faith, and success.”

This is the fifth is a series from Jeremiah’s book, which is encapsulated in a single word for each chapter.

Pray. Consult with your Creator.

Focus. Make your one thing the main thing.

The fear of risk prevents many churches, pastors, preachers, and Christians from reaching forward in faith to pursue God’s purpose

Years ago a columnist for the Washington Post, Henry Fairlie, wrote an article claiming “the fear of risk is killing the American Spirit.” He asked, “Was the Mayflower seaworthy?” He contended that a group of Americans today would not have the heart to cross the Rockies as our forefathers did years ago. It would be too risky.”

“There is a lesson here for the church of our Lord,” commented Brooks Sayer. “Many good works go wanting for fear of the risk involved. Some Christians will not become soul winners because of the risk of being hurt. Others have never given much money to God because of fear of poverty. Elders refuse to become involved in domestic and world evangelism because they might not succeed. Another won’t defend truth for the same reason. No doubt but what the “fear of risk” has killed many good programs in the church.”

I have personally witnessed that fear of risk in business meetings through the years. A new idea is suggested for evangelism or edification and it’s met with fearful, negative comments, that kill the initiative.

“We’ve never done it that way before.”

“It costs too much money.”

“We’re doing fine the way we are.”

“I know some people who will object.” (Usually them and/or their family).

“Let’s table it and think about it.” (Code for we’re never going to do it).

“That may work in those bigger churches, but it won’t work here.”

The Bible is filled with great men and women who accepted God’s challenge and took the risk of faith.

Moses risked rejection and worse when he returned to Egypt and demanded of Pharaoh, “Let my people go” (Exodus 4-14).

Caleb and Joshua took a great risk when they contradicted the negative report of their comrades who claimed they couldn’t conquer Canaan. Instead, they boldly proclaimed before Moses, Aaron and all of Israel, “Let us go up at once and take possession, for we are well able to overcome it” (Num 13:30).

Gideon took a serious risk when answered God’s call to fight a powerful army with only 300 men (Judges 6-8).

Think of young David, the shepherd boy, who risked it all when he confidently challenged the giant, Goliath (1 Sam. 17).

When Shadrach, Meshach, and Abednego refused to bow down to King Nebuchadnezzar’s image, they risked their lives in the burning fiery furnace.

Consider the peril faced by the apostles like Peter, Paul, and John and preachers like Timothy, Titus, and Barnabas, who proclaimed Christ in a corrupt, pagan culture. In spite of opposition, persecution, imprisonment, stoning, beating, and banishment, they accepted Christ’s call, took the risk of faith, and turned the Roman world upside down (Ax. 17:6).

On a personal note, our decision to step away from the security, comfort, and financial stability of a local work and a house we could call home to embark on this itinerant ministry for the past 33 months involved financial, physical, material, and emotional risks. But we can unequivocally say that it’s been worth it. We wouldn’t trade our experiences, opportunities, and adventures for anything.

“One of the reasons why mature people stop growing and learning,” says John Gardner, “is that they become less and less willing to risk failure.”

Filed under Reaching Forward Series, Word of the Week

3 responses to “Word of the Week: Risk”