Some Good Advice From The Chief Justice

As we continue our countdown of the top 10 posts during our holiday blogging break, this January post came in at #7 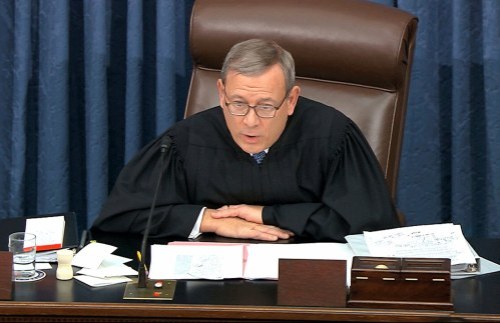 In the wee hours of Wednesday morning as the Senate Impeachment trial of President Trump was concluding its first day, news media outlets reported a “contentious exchange on the Senate floor.”

CNN called it an “extraordinary moment” and “acrimonious” when the “advocates for both sides” failed “to maintain decorum during a highly partisan affair.”