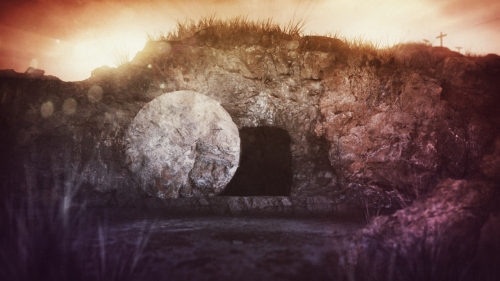 There’s a painting called “Checkmate” painted by Friedrich August Moritz Retzsch, that used to hang in the Louvre Art Museum in Paris.

The painting depicts a chess match between the devil and Goethe’s Dr. Faust, who had sold his soul to the devil. It appears as if the devil has won. Faust has only the king, the queen, and a weak pawn left. The look on Faust’s face is one of abject despair. From across the chessboard, the devil leers at him in anticipation of his expected victory. Ready to say, Checkmate!

A tour guide was taking a group through the gallery explaining the painting and its meaning. As the group moved on to another room, a young man who was a chess Champion from Russia stayed behind to study the painting. Suddenly, the tour group heard a shout from two corridors away, “It’s a lie! It’s a lie! The King has another move!”

I’m not a chess player. Nor do I know for certain the accuracy of this story. But I do know the King. And I know the devil is going to lose. The King and those on His side will win.

Today’s Bible reading in Matthew 28 is a historical affirmation of that fact based on the resurrection.

Chapter 27 records the crucifixion of Christ. After six grueling hours of vicious taunts, mental torture, and physical torment, Jesus cried with a loud voice, breathed his last breath, and “yielded His Spirit.”

The centurion guards standing by saw He was dead. So did the women standing at the foot of the cross, including Mary and Mary Magdalene. They were witnesses to his death.

Joseph of Arimathea, a wealthy and prominent council member who became a disciple said, “He is dead.” So he came to Pilate to claim the body for burial.

The Chief Priests and the Pharisees who had schemed to have Jesus executed, requested for the tomb to be sealed, secured and guarded by soldiers so the Disciples wouldn’t steal the body and claim he had risen.

Mary Magdalene and the other Mary came to the tomb and found it empty. As the guards shook with fear, an angel appeared to the women and proclaimed, “He is not here; for He is risen.”

Quickly they left the tomb with mixed emotions of both fear and joy to alert the disciples with the exciting news, “He’s alive! He’s alive!”

And one of the greatest proofs that Jesus did conqueror death was the dramatic change in the disciples’ demeanor. Their sadness turned to gladness. Their cowardice to courage. Their faintheartedness to faithfulness.

How do you explain what transformed these discouraged, despairing, and disheartened men into pillars of strength and beacons of hope?

There’s only one answer. The resurrection.

Don’t just casually read this chapter. It’s more than a historical narrative. Or a factual description. It’s the core of Christianity. The heart of the gospel. The foundation of our faith.

Every aspect of my life is impacted by Jesus’ resurrection. My mission, ministry, message, and manner of life are intrinsically rooted in the resurrection.

When we endure suffering, face hardship, and overcome obstacles, it’s because He has risen. The resurrection motivates us to treat others right. Be faithful to our spouses. Train our children in the way of righteousness. Live a good moral life. And be “steadfast, immovable, always abounding in the work of the Lord” (1 Cor 15:58).

So, when I face the specter of death, and the devil smiles, thinking he’s won, I know the King has another move.