The Lord is Awesome 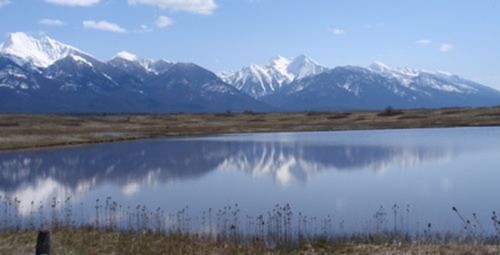 Yesterday as we were leaving Polson, MT, and driving past Flathead Lake with the sun rising over the majestic Mission mountains towering in the background, I asked Norma Jean, “What one word comes to your mind when you view this scenery?

“Well, only God is awesome,” she opined.

I guess, she remembered my mini-rants about the abuse of the word “awesome,” in today’s culture.

When I assured her that since God made the mountains, it was probably permissible just to say the mountains were awesome, she agreed.

“Awesome” is a Bible Word, used 38 times in the NKJV. All but once the word is used in the Old Testament. About a dozen times the Psalmist calls the Lord “awesome” to describe His greatness, glory and grandeur.

For the Lord Most High is awesome;
He is a great King over all the earth.
–Ps 47:2

“And I said, “O Lord God of heaven, the great and awesome God who keeps covenant and steadfast love with those who love him and keep his commandments” (Neh. 1:5).

“I prayed to the Lord my God and made confession, saying, “O Lord, the great and awesome God, who keeps covenant and steadfast love with those who love him and keep his commandments” (Dan 9:4)

Today, everything and everyone is called awesome. From ice cream to an exciting athletic performance, to a person who simply does something good. Yet, the Bible meaning of “awesome” speaks to more than the mundane and mediocre.

Our time in the mountains of Montana has been a reminder of God’s genius and creative power. Their majestic spender cries out to his awesomeness.
The sun, moon, and stars brilliantly shed light on how awesome our Creator is. The entire cosmos with its immutable laws, flawless design, and orderly operation shout, “God is awesome.”

Awesome also describes God’s character. Faithful. Forgiving. Loving. Merciful. Compassionate. Kind. Longsuffering. And the giver of good gifts and unlimited grace. These and so many other qualities inspire our respect and command our devotion.

Furthermore, God is awesome because of the spiritual blessings He provides in Christ. Forgiveness of sin. Freedom from Satan’s enslavement. Release from the bondage of guilt. The privilege of prayer. Divine association. And the hope of an eternal home with Him. That’s awesome.

If you are dispirited and discouraged with current events, maybe you’re spending too much time looking inward and outward. Look upward. Get a good look at God. See who He is. Feel His presence. Survey His creation. Meditate on His Word. And cultivate a relationship with His Son, Jesus Christ.

Our God is an Awesome God.

3 responses to “The Lord is Awesome”