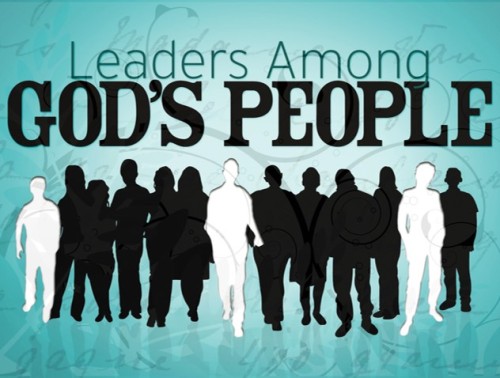 Leadership guru John Maxwell often says, “Everything rises and falls on leadership.” And what is leadership? Maxwell defined it this way.

“After more than four decades of observing leadership within my family and the many years of developing my own leadership potential, I have come to this conclusion: Leadership is influence. That’s it. Nothing more; nothing less. My favorite leadership proverb is “He who thinketh he leadeth and hath no one following him is only taking a walk.”

This is true in the world of business, sports, and politics. It’s also true in the Lord’s church.

The word “leader” or “leaders” is used over 150 times in the Bible, mainly in the Old Testament to describe the leaders of Israel. Regarding influence, it’s important to note that when the leaders were faithful to God, the people followed. And the nation prospered. When they were unfaithful, their influence led the people astray. Finally into captivity by a foreign foe.

In the New Testament God has designed elders to be the spiritual leaders and godly influencers in His church. When the apostle Paul met the Ephesian elders recorded in Acts 20 he reminded them of the importance of their work. It is summed up in verse 28.

“Pay careful attention to yourselves and to all the flock, in which the Holy Spirit has made you overseers, to care for the church of God, which he obtained with his own blood.”

This text uses the three Greek words that are rendered–Elders, Shepherds, and Overseers. These words describing their work indicate leadership and influence. “Elder” has to do with maturity and spiritual experience. It is gained through years of study, prayer and godly activity. “Bishop” literally means an “overseer.” Vine says it is “a man charged with the duty of seeing that things to be done by others are done rightly.”

However, the words “pastor” and “Shepherd” give us even further insight. “A shepherd is one who tends herds of flocks (not merely one who feeds them.)” A Shepherd is out in front. He leads the sheep. He cares for them. He watches out for their welfare. The sheep know his voice and follow him. The Shepherd influences the sheep.

Lynn Anderson expressed it this way in his fine book, They Smell Like Sheep:

“…Christians will want to follow real shepherds who mentor and equip them—shepherds whose lives are credible, whose relationships are authentic and warm, and whose ministry is genuine and helpful. Thus, the influence of this style of leader resides not in position or title but in respect and trust gained the old-fashioned way—by earning it!”

A man cannot be a successful Shepherd and not be a people person. He must love people. Be genuinely interested in their welfare. Care about their souls. Be involved in their lives. Pay attention to their spiritual condition. And pray for them.

Shepherds do more than just make decisions. A lot more. They are servant-leaders. They roll up their sleeves and get their hands dirty. Sometimes physically. But most of the time spiritually, emotionally, and relationally.

They help us solve our problems. Provide a calming influence when someone gets in an uproar. And offer wise counsel when the world seeks to lead us astray. The spiritual advice of godly Shepherds has salvaged many marriages, restored the erring, and saved struggling saints from certain destruction.

They know being a Shepherd is not about position, power or prestige, but about people-development, personhood, and personal influence.

Good leaders know how to delegate. They create an atmosphere of partnership with the deacons, preachers and teachers. Each has a role and responsibility. The Shepherds let them to do their work. Support their work. And encourage them to develop their leadership skills. They know they won’t be around forever. And so equipping others to learn, grow and become Shepherds is part of their vision.

God’s Shepherds are not afraid to face and fight “wolves” who want to harm the flock. They will oppose error. Defend the Truth. Protect the vulnerable. Rebuke the naysayer. And withstand ridicule.

Thank God for good Shepherds. Love them. Encourage them. And support them.