Word of the Week: Merry 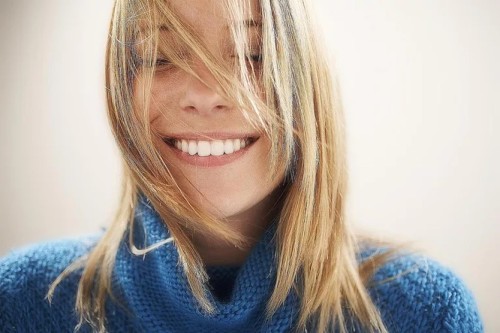 Next to Christmas, the word “merry” may be the most popular and oft-repeated word during this season of the year.

But, do you ever wonder why we wish people, “Happy Birthday,” but instead say, “Merry Christmas”?

According to tradition the expression “Merry Christmas” was first recorded in 1534 when John Fisher, a Catholic bishop wrote a letter to Thomas Cromwell wishing him a “Merry Christmas.”

Then there’s the carol from 16th century England, “God Rest You, Merry Gentleman” first published in 1760.

Charles Dickens made popular the expression “Merry Christmas,” using it 21 times in “A Christmas Carol,” published in 1843.

Also in 1843, some historians attribute the first Christmas card sent by Sir Henry Cole with this wording, “A Merry Christmas and a Happy New Year to You.”

Ironically, our politically correct culture and some ultra-conservative Christians both object to wishing folks a “Merry Christmas.” But, I love this season of the year.

Generally speaking, folks are in a good mood. I enjoy the laughter. The music. The food. The gatherings with family. The spirit of giving. The kindness and compassion expressed toward the less fortunate. I even like some of the 40 new Hallmark Christmas movies.

“Merry” is a good word. It’s a Bible word. And it should describe the attitude of God’s people.

The wise man in the book of Proverbs had this to say about merriment.

A merry heart does good, like medicine,
But a broken spirit dries the bones. (17:22)

A merry heart makes a cheerful countenance,
But by sorrow of the heart the spirit is broken. (15:13)

All the days of the afflicted are evil,
But he who is of a merry heart has a continual feast. (1515)

Actually, the Hebrew word translated “merry” in its verb, noun and adjective forms is found over 250 times in the Old Testament. It is rendered “glad.” “Joyful.” “Rejoice.” “Rejoicing.” “Happy.” And “mirth.”

W. E. Vine says, it “usually refers to a spontaneous emotion or extreme happiness which is expressed in some visible and or external manner.” It was a word used at festivals. Or in victory over Israel’s enemies. And in describing the jubilance felt toward God for his blessings.

The wise man contrasts the merry heart to one with a broken spirit. While reality tells us that not all seasons of our lives are filled with ecstasy, it is possible to choose gladness over sadness. Joy instead of sorrow. And merriment instead of misery. Author Tim Hansel once wrote, “Pain is inevitable, but misery is optional. We cannot avoid pain, but we can avoid joy.”

Indeed cheerfulness is a choice. I’ve known folks that endured physical suffering and material adversity, yet maintained a positive, cheery and upbeat attitude. On the other hand, I’ve observed others whose lives are free from problems and pain yet are pessimistic, gloomy, and depressed. Frank Minirth and Paul Meier were right when they wrote the book, “Happiness is a Choice.

A merry heart not only helps us feel better mentally and emotionally but even enhances our countenance. There’s an old saying, “Smile. It increases your face value.” Sure, there are moments in our lives that produce sorrow. But we don’t have to wallow in self-pity and wear a dour look that depresses everyone we meet.

Yesterday we were treated to a Sunday brunch. It was wonderful. Pastries. Salads. Shrimp. Omelets. Waffles. Prime Rib. Delicious desserts. It was a feast. People were having a good time. The restaurant was filled with laughter. That’s life with a merry heart. A continual feast.

I hope you all have a Merry Christmas. But don’t let your merriment just be seasonal. To paraphrase Irving Berlin, “May your life be merry and bright.”

Tagged as #MerryChristmas, Charles Dickens, Merry, Word of the Week

5 responses to “Word of the Week: Merry”