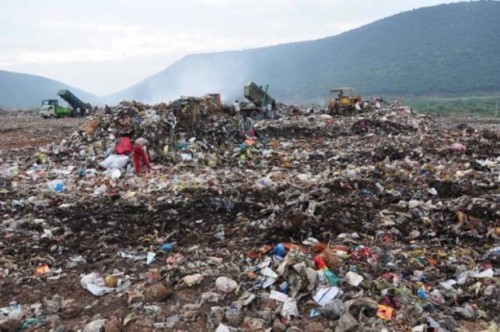 My childhood growing up in rural, central Indiana in the 1950’s was simple, uncomplicated, and shielded from international tensions, racial injustice, or moral perversity.

There was no ESPN, FOX News, or CNN. And of course, no internet, iPhones, or computers to provide instant access to worldwide information. What I watched on our little back and white TV was limited to three channels. Shows like Father Knows Best, The Donna Reed Show, Leave it to Beaver, The Long Ranger, The Little Rascals, Superman and Mickey Mouse Club were shows that taught fundamental moral lessons. And these standards of right and wrong were basically supported by the News Media, Schools and of course, churches.

Times have changed. It’s not the same world many of us grew up in. But there is a temptation to believe that it’s harder than ever before to live a godly life because we compare the 21st century to our version of America 60 years ago. The late Paul Harvey’s observation is relevant, “In times like these it is helpful to remember that there have always been times like these.”

Every generation has experienced its own set of problems, fears, and moral challenges. A cursory study of history will remind us that there is an ebb and flow of moral standard in cultures. They swing to the right. And then to the left. The Old Testament Biblical record speaks to the nation of Israel faithfully serving God; then a new generation arises and they are immersed in idolatry. The comment of the Judge’s writer could be said of our day, “Everyone did what was right in his own eyes” (Jud. 21:25).

This morning in reading from the epistle of I Peter, I was impressed with the emphasis the apostle placed on first century Christians being pure even when the Roman culture was corrupt. All kinds of sexual perversion were prevalent. Most of the Emperors were homosexuals. We recently visited the Isle of Capri and I recalled that it was a favorite retreat of  Emperor Tiberius. The Roman historian Suetonius wrote that Tiberius, who was in power during Jesus’ day, retired there to engage in “wanton sexual pleasure” with young boys and girls.

Peter’s call to Christians was to not be “conformed to their former passion.” But “be holy in your conduct.” It is God’s desire for us. “Be holy, for I am holy” (1 Pet 1:16). He says that we have purified our souls through obedience to the truth. We are to be self-controlled. Sober-minded. And self-disciplined.

Therefore, we are to “put away all malice and all deceit and hypocrisy and envy and all slander” (1 Pet 2:1). “To abstain from fleshly lusts that war against the soul” (2:11). And to refrain from “lewdness, lusts, drunkenness, revelries, drinking parties, and abominable idolatries” (1 Pet. 4:3).

Because “you are a chosen generation, a royal priesthood, a holy nation, His own special people, that you may proclaim the praises of Him who called you out of darkness into His marvelous light” (1Pet 2:9).

Imagine that. We are special. Chosen. Holy. Royal. We are a people for God’s own possession. We are to proclaim His praises. Not just vocally or verbally in an assembly, but visually in the way that people can view our spiritual dedication and consecration.

A pure heart, a pure conscience, drinking the pure milk of the Word and practicing pure and undefiled religion will greatly aid us in overcoming the moral putridity and pollution of our world.

Furthermore, an accurate spiritual perception of our lives and God’s will for us is impossible when our minds are polluted by the world’s wickedness. As Oswald Chambers expressed it, “Spiritual truth is discernible only to a pure heart, not to a keen intellect. It is not a question of the profundity of intellect, but of purity of heart.”

2 responses to “Staying Pure in a Morally Polluted World”