Have You Been Totally Immersed? 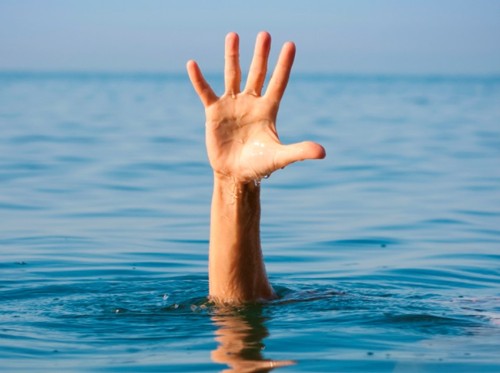 Ivan the Great was the 15th-century czar of all of Russia. He brought together the warring tribes into one vast empire–the Soviet Union. He was known as a brilliant general and a courageous fighter.

The story is told that Ivan was so busy waging war that he had never married. Soon his advisors were concerned there would be no heir to the throne. The great czar agreed but said he had no time to find a wife. So he commissioned them to find a suitable bride.

Soon they found the beautiful, dark-eyed daughter of the King of Greece. She was young, charming and brilliant. The King of Greece was happy for the alliance. And Ivan was agreeable. However, there was one condition. The King said, “He cannot marry my daughter unless he becomes a member of the Greek Orthodox Church.” Ivan’s response, “I will do it!”

Ivan was instructed in the Orthodox doctrine and soon traveled to Athens with 500 of his troops to be baptized. His loyal soldiers asked if they, too, could be baptized. So, they were given a crash course in Catechism.

The crowds gathered on the Mediterranean shore to watch Ivan the Great and his 500 soldiers be baptized. However, a problem arose. The Orthodox Church prohibited professional soldiers from being members. They would have to give up their commitment to bloodshed.

After a hasty round of diplomacy, the problem was solved quite simply. As the words were spoken and the priests began to baptize them, each soldier reached to his side and withdrew his sword. Lifting it high overhead, every soldier was totally immersed-everything baptized except his fighting arm and sword.

This story may be apocryphal but makes a great point. Have you been totally immersed? Completely baptized? And buried with Christ?

While the Bible teaches that the mode of baptism is immersion, that’s not the point of this post.

Commitment to the Lord is more than just getting baptized. Or being baptized in order to marry someone. It is not a rite or ritual that is a mere formality while we hold back our true intentions with one arm raised out of the water.

The Bible commands us to “Repent therefore and be converted, that your sins may be blotted out” (Ax 3:19). This involves change. A change of heart. A change of mind. A change of life.

True conversion leads to a loyalty to the Lord. Dedication. Devotion. And responsibility. It is a pledge to serve him. An involvement in His work. An engagement in His Kingdom. A duty to assume. And a charge to keep.

Jesus set the bar high when he said, “If anyone desires to come after Me, let him deny himself, and take up his cross daily, and follow Me” (Lk. 9:23).

To give one’s life to Christ is to completly trust Him. It is a total reliance on God to provide for your spiritual needs. It is faith in His Word. It is absolute confidence in His promise and provisions.

Ritualistic religious rites, including baptism, are meaningless if we’re not immersed for the right reason.

“Repent, and let every one of you be baptized in the name of Jesus Christ for the remission of sins; and you shall receive the gift of the Holy Spirit” (Ax 2:38).

One response to “Have You Been Totally Immersed?”