Just Because You Think It, Doesn’t Make It So! 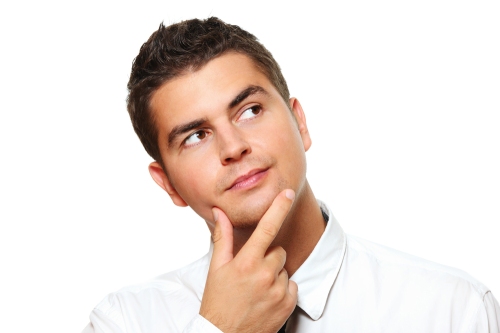 Have you ever woke up one morning and didn’t know what day it was?

That happened to me. Yesterday.

A little background is in order. Or as my wife, Norma Jean, would say I’m getting ready to make excuses!

Sunday was an unusually busy day. In addition to preaching two sermons and teaching a Bible class, I had two meetings and a funeral visitation.

Monday I rose early to write a post for this blog, and look over my funeral message. The rest of the day was focused on the funeral and the family. involved.

I was tired Monday evening. I wanted to write Tuesday’s blog post, but thought, I’ll do it in the morning.

Yesterday morning I awoke. Fixed my coffee. Went upstairs to my office. And wondered, “What am I going to write today?” Then I said to myself, “Oh, it’s Wednesday!” I always write a column on Wednesday called “Great Verses of the Bible.” So, I wrote on Philippians 2:5.

Later that morning, after Norma Jean awoke, we were sitting at the breakfast table and I casually remarked, “It’s Wednesday.” She looked at me and said, “No, it’s Tuesday.”

“Oh,” I said. And thought nothing more about it.

About 2:00pm I’m diving down I-49 thinking,”What am I going to write for my blog tomorrow?” Then I thought, “Oh, tomorrow’s Wednesday. I’ll pick out a verse for my weekly column.”

Then it hit me! I wrote Wednesday’s column on Tuesday!

Now, I know none to this makes any difference to our readers! You don’t care what day I write a column. In fact, you may be wondering, “Why are you telling this story?”

Because it occurred to me that just because you think something is so, doesn’t make it so! No matter how much I thought yesterday was Wednesday. It wasn’t. It was Tuesday.

Now getting my days mixed up is not a big deal. Unless I start doing it 2 or 3 times a week!

But how many people think something is so Biblically, and it isn’t?

At a wedding rehearsal, I once had a lady ask me, “Where in the Bible is wedding ceremony?” Seriously?

I’ve heard people say things like, “You know what the Bible says: ‘Cleanliness is next to godliness.’”   Or “spare the rod and spoil the child.” Or “God moves in mysterious ways.” Where?

It’s possible to think something is so, when it isn’t!

On a more serious note, many people believe things religiously that are not founded in God’s Truth. Too often we replace what the Bible says for “I think,” “I feel,” and “it seems to me.”

The Bible tells the story of Saul of Tarsus before he was converted and became the great apostle Paul. He persecuted the Church. Consented to the stoning of Stephen. And imprisoned Christians because of their faith.

He tells us in Acts 26:9. “So then, I thought to myself that I had to do many things hostile to the name of Jesus of Nazareth.

Saul thought he was defending Judaism. Supporting the faith of his fathers. And opposing a sect that was wrong. But Saul was mistaken! Jesus was the Messiah. The Old Law had been nailed to the cross. And Christianity was not a sect, but the fulfillment of God’s ordained purpose from eternity (Eph. 1:1-14)

More seriously than waking up one morning with my days mixed up, I don’t want to wake up in eternity and find out I was religiously wrong.

Just because you think it, doesn’t make it so!

2 responses to “Just Because You Think It, Doesn’t Make It So!”