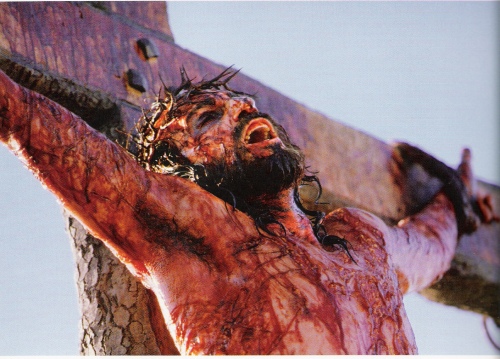 Who was responsible for crucifying Christ?

That question has been debated by theologians, historians, preachers and Christians throughout the ages. Some may think the question is irrelevant after 2000 years. “What difference does it make,” they opine?

However, the issue of Christ’s crucifixion may have greater implications to us today than we initially realized.

Was it the sanctimonious Sanhedrin council who plotted his execution? Who denied His Deity? Who moved with envy to eliminate His eminence among the people?

Was it the unbelieving Jews who in a frenzy cried, “Crucify Him! Crucify Him!” ? Who demanded the release of a murderer instead of the liberation of their Lord? Who smugly said, “His blood be on us and on our children?

Was it cowardly Pilate who catered to the crowd’s demands? Who was more interested in being a friend of Caesar than a friend of Jesus? Who blithely washed his hands of this sordid sin?

Was it the coarse and cruel Roman soldiers who nailed the spikes into his hands and feet? Who gambled for His garments at the foot of the cross? And who pierced His side with a spear?

“No!” We cry. “Not us.” It was Pilate. The Jews. The Romans. All of them had a part. They were there. They could have stopped that farce that framed an innocent man. But it wasn’t us! Or was it?

The Hebrew writer rebukes first century Christians who had become neglectful. Whose ears were dull of hearing. Whose hearts had become hardened. He pointedly accused them, saying…

For it is impossible for those who were once enlightened, and have tasted the heavenly gift, and have become partakers of the Holy Spirit, and have tasted the good word of God and the powers of the age to come, if they fall away, to renew them again to repentance, since they crucify again for themselves the Son of God, and put Him to an open shame. (Heb 6:4-6).

Understand that the apostle was writing to Christians. Those who were enlightened. Who received fellowship with the Holy Spirit. Who enjoyed the taste of God’s gracious gift. Of his soul satisfying Word. And of his powerful presence and promises. They were recipients of all those blessings, but they quit. Gave up. Surrendered. And thus were guilty of crucifying Christ. Again.

Has that ever been me? Have I given in to satisfy selfish desires? Surrendered to Satan’s enticements? Yielded to carnal lusts?

It was sin that sent Jesus to the cross. The sins of the world. Mankind. Specifically yours. And mine. It was our pride. Our cowardice. Our greed. Our envy. Our weakness. Our unbelief. “All have sinned and fallen short of the glory of God…there is none righteous, no not one,” penned Paul.

But thank God for Sunday! For His resurrecting power over death. For His triumphant victory over the devil. For His phenomenal appearances to average folks. For His powerful testimony to Thomas. For His merciful pardon to Peter. For His world-wide commission to the apostles. For his astounding ascension to rule as reigning King at the Father’s throne.

And thank God for “my Sunday.” The Sunday I can bask in His love. Experience His grace. Receive His promises. Share in His supper. Enjoy His fellowship. Find His forgiveness. Partake of His Divinity. Benefit from His blessings. And live in the comforting hope that He offers of a heavenly home.

Tagged as It's Friday. But Sunday's Coming!

One response to “IT’S FRIDAY. BUT SUNDAY’S COMING! Who Crucified Christ?”