Word of the Week: Peace 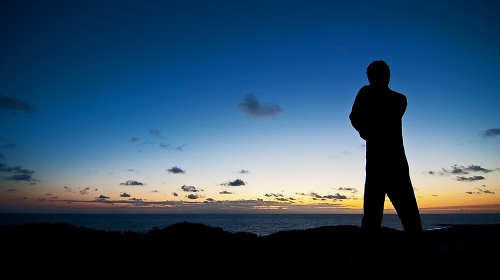 Do you remember Tracy Lippard, the tall, beautiful, blond, beauty queen from West Virginia?  She was dubbed by the media “the psycho-Barbie doll gone bad.”

After crowning her successor, she drove 275 miles seeking revenge against her boy friend who had jilted her for another woman, Melissa Weikle. She took with her a 9-mm semi-automatic pistol.   A butcher knife.   Rubber gloves.   A bottle of lighter fluid.   And a hammer.

When she arrived at the Weikle home in Lewisburg, and rang the doorbell Melissa’s father answered the door. Lippard faked a story about her car being broke down and how she was in need of assistance.

Once she gained access into the house, she struck the father with the hammer. It stunned him, but didn’t knock him out. She then pulled the gun and attempted to shoot the man, but little did she know, Mr. Weikle was a former secret service agent. He managed to get the scorned beauty queen in a choke hold while Melissa called the police.  I’m thinking Tracy  never won Miss Congeniality!

After being arrested, the police questioned her as to why she would do such a terrible thing?  Tracy Lippard said that she was motivated to seek revenge because she needed “inner peace.”

Our word of the week is “peace”

When Jesus was born, an angel appeared to the Shepherds to announce it, and the heavenly host first sang these words, as recorded in Luke 2:14, “Glory to God in the highest, And on earth peace, goodwill toward men!”

And yet in the ensuing 2000 years, people are still seeking peace as one of life’s elusive goals.

What is the problem?

People are seeking peace in all the wrong places.  In all the wrong ways.  And for all the wrong reasons.  While we seek ways that are less bizarre than Tracy Lippard, They are no more effective.  We buy new clothes.  Take a vacation to get away from it all.   Or even seek an illicit relationship.   Yet when the clothes lose their luster.  The vacation ends  and we return home to the grind.   Or the relationship turns sours.  We still find ourselves fighting turmoil, battling depression and seeking new sources for serenity.

Let me suggest three ways to find peace of mind.

Peace is the fruit of restoration. Modern man scoffs at “guilt feelings.” Man has more than guilt feelings, he has guilt! And he does because of sin. Jesus said the Holy Spirit would “convict the world of sin, righteousness and judgment (Jn. 16:8). And He did so through the Word. And so Paul could proclaim, “Therefore, having been justified by faith, we have peace with God through our Lord Jesus Christ (Rom. 5:1).

Jesus said, ““Peace I leave with you. My peace I give unto you; not as the world gives do I give to you” (Jn. 14:27). Jesus can provide peace. We may not have world peace, because the world will never know Jesus, but you can enjoy peace in your world. In your heart. In your soul.

4 responses to “Word of the Week: Peace”