Lessons from a Day of Infamy 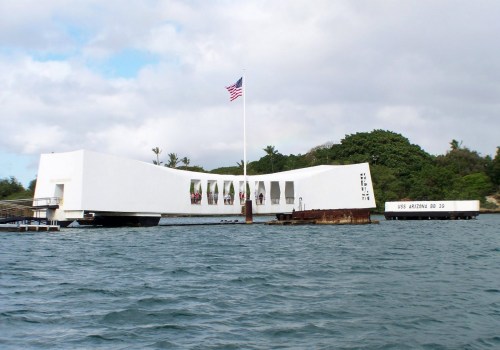 Tomorrow it will be 71 years ago that early on Sunday morning  Japan attacked our naval and air base at Pearl Harbor. It was a surprise and unprovoked attack that propelled the USA into World War II.  President Franklin D. Roosevelt called it “a date that will live in infamy.” On this anniversary of Pearl Harbor there are several thoughts with spiritual applications that come to mind.

(1) Isn’t Satan a lot like that attack? He strikes without warning.  He attacks when we least expect it.  Like the soldiers who were doing their routine duty on that fateful day, we are going about our business, feeling secure and safe, then suddenly Satan drops a bomb on us that leaves us wounded or running for cover.

I am amazed at how suddenly he can sneak up on me. One minute I am fine and the next I am fighting off some fleshly assault of word or deed.  Peter’s warning is proper, “Be self controlled and alert.  Your enemy the devil prowls around like a roaring lion looking for someone to devour.”  (1 Pet. 5:8, NIV)

(2) When you consider this attack in 1941, the United   States was not involved in the war.  We were a bystander. Japan’s actions forced our participation.  We had no choice but to defend our country.

Likewise the actions of others sometimes require our attention, even force us to take a stand.  In Ephesians 6:10-18 Paul calls us to put on the Christian armor, wield the sword of the spirit and engage in the fight for the truth.  While this should not be an excuse for brotherhood bickering or political posturing, there is a time and place for Christians to fight the enemy.

(3) In 1941 we knew who the enemy was and directed our efforts toward his defeat.  Americans were united in this.  Personal opinions were put aside.  Sacrifice was the order of the day.  And each American felt obligated to do what they could to help win the war.

We have lost that spirit today.  Not only patriotically  in our country, but spiritually as well.  Brethren, we need to remember who the enemy is and fight him, not each other.

(4) Much has changed in the past 71 years. Japan is no longer our enemy.  In fact, we have a peaceful relationship with the people who once attacked us.

There is a good lesson in this.  We need to develop the same spirit in our relationships.  When someone attacks us without any right or reason to do so, it is natural to feel hurt, and experience a strain in our relationship.  But just like people of our nations can forgive, forget and put the past behind them, we can too in our personal relations.

Jesus taught us to “forgive our debtors.”  In fact he said that when we do that, God forgives us, but if we fail to forgive those who sin against us, God will not forgive us.

Let us learn from the lessons that history teaches.  And watch out for those sneak attacks!

4 responses to “Lessons from a Day of Infamy”